Did You Know We Partnered with Homework House?

We want to support the community! As we know the kids of our community lead our future so we want to make sure we can lend a hand in helping them succeed. We are hosting many internal fundraisers to raise donations for Homework House! The organization provides academic programming to the children of Holyoke at no cost to them! We all would like to see the children of our community thrive!

Check out a bit of what Homework House does: 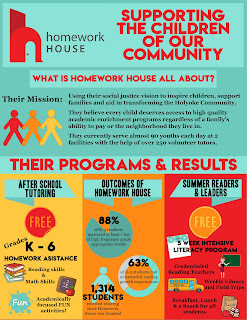 You can do your part by taking part of our 50/50 Raffle available at the dealership to support Homework House! 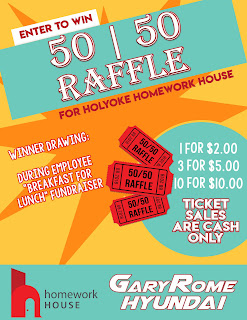 Check in for future fundraisers and updates!

Posted by Gary Rome Hyundai at 9:36 AM No comments:

Hyundai is extending its Marvel collaboration with a special Iron Man edition of the Kona subcompact crossover.
The Iron Man version, scheduled to be unveiled Thursday at Comic-Con in San Diego, is expected at dealerships in the first quarter of 2019. Production is slated to begin in December.
The superhero-inspired Kona is adorned with an Iron Man mask motif on the roof, Iron Man mask badging on the front fender, custom wheels with the Iron Man mask on the center caps and Iron Man engraving for the D-pillars, in addition to other modifications. The crossover's paint is Iron Man red with matte gray.
Hyundai says the daytime running lights resemble the mask and eye shape of Iron Man's suit. Inside, Tony Stark's signature graces the instrument panel alongside an Iron Man shift lever knob, a special head-up display and center stack featuring Iron Man visual graphics and a custom seat design.
The regular version of the Kona made a cameo in Marvel Studios' Ant-Man and the Wasp,which showcased the 2019 Hyundai Veloster hot hatch in a wild chase. The 2019 Hyundai Santa Fe also received some screen time.
U.S. sales of the Kona, which went on sale in the first quarter, tallied 15,193 through June. The brand is fine-tuning its product portfolio to meet increasing consumer demand for utility vehicles.
Dean Evans, chief marketing officer for Hyundai Motor America, calls the Kona Iron Man Edition "the perfect mashup," adding that there's "a nice synergy between the fun and adventurous nature of the Kona and the playful yet bold character of Iron Man/Tony Stark."

Hyundai has aggressively marketed the Kona. The brand ran a pregame Super Bowl ad this year to build awareness for the new nameplate and hosted a three-part concert series in June called Kamp Kona, where the crossover was stationed for spectators to get a look.
An armor-theme has followed the Kona, whose designers said they took inspiration from Spartan helmets when devising it. Hyundai said its exterior styling takes on the appearance of "urban smart armor."
That smart armor now gets a superhero touch.
You can reach Vince Bond Jr. at vbond@crain.com -- Follow Vince on Twitter: @VinceBond86
Posted by Hyundai Dealer at 4:44 PM No comments:


Busan, June 07, 2018 – The 2018 Hyundai IONIQ, Hyundai Motor’s innovative model that offers three electrified powertrains, was awarded the Women’s World Car of the Year (WWCOTY) Supreme Award at a ceremony at the Busan International Motor Show. The Supreme Award is the top honor awarded annually by 25 of the most respected female automotive journalists from around the world who vote in the WWCOTY competition.

“This year, the Hyundai IONIQ was a “standout”,” said the WWCOTY jurors, calling the IONIQ a “clear winner” among more than 400 initial contenders. IONIQ was also recognized as the winner of the Green Car category.

The IONIQ is the first eco-focused vehicle platform in the world to offer hybrid, plug-in hybrid and electric models. Hyundai’s approach for the IONIQ line delivers an uncompromising design and driving experience coupled with the latest in safety and convenience technologies, making it an appealing choice for a wide range of buyers. For the awards competition, all three IONIQ variants were considered and treated as one car for voting purposes.

“We are honored to be present at the Busan International Motor Show to present this special trophy commemorating IONIQ’s Supreme Award and Green Car category award” said Sandy Myhre, CEO, Women’s World Car of the Year. “Having passed our rigorous test and being picked from a democratic voting process, IONIQ really stood out as a “clear winner”.”

“IONIQ’s aerodynamic body lines assist airflow and benefit its overall efficiency as an eco-friendly vehicle,” said Peter Schreyer, President and Chief Design Officer of Hyundai Motor. “Earning the Supreme Award from the judges of the Women’s World Car of the Year serves as yet another proof of IONIQ’s outstanding design that is not only aesthetically pleasing but also purpose-built.”


About Hyundai Motor CompanyEstablished in 1967, Hyundai Motor Company is committed to becoming a lifetime partner in automobiles and beyond with its range of world-class vehicles and mobility services offered available in more than 200 countries. Employing more than 110,000 employees worldwide, Hyundai sold more than 4.5 million vehicles globally. Hyundai Motor Company continues to enhance its product line-up with vehicles that are helping to build solutions for a more sustainable future, such as NEXO – the world’s first dedicated hydrogen-powered SUV. In 2018 the company revealed its new design philosophy ‘Sensuous Sportiness’, which will be embodied by all upcoming Hyundai vehicles.
Posted by Gary Rome Hyundai at 7:53 AM No comments: