The Hyundai Elantra would continue to attract discerning car buyers, predominantly those looking for a refreshingly functional sedan with unbeatable combination of power, fuel economy, interior room features and affordability, according to the auto maker.

Styled in a luxury garb with the ambience of a premium sedan except that luxury sedans have unimaginable power under the hood, the new Hyundai Elantra continues to evolve Hyundai’s design theme: ‘Fluidic Sculpture’ which is meant to evoke “fluid in motion.”

Hyundai Motors Nigeria Limited, local custodian of Hyundai vehicles and a subsidiary of the Stallion Group said the Elantra has demonstrated unassailable qualities which have made the car the toast of trendy customers.


The Elantra is available in two trims of 1.6litre A/T (automatic transmission) Executive sedan with fabric seat; 1.8litre A/T Elegance with fabric seat and 1.8litre A/T Elite with leather seat - all fitted with 16 inch alloy rims as standard.  A cautious look at the Elantra would reveal lot of relevant updates that bring about some noticeable improvements to an affordable compact sedan that was already worth your consideration.

For instance, there’s a new and more refined engine with a sport-tuned suspension that gives the car a level of driver engagement comparable to rivals.

Hyundai has also succeeded in minimising road and engine noise that previously made its way into the cabin with the aid of apposite sound insulation to deliver a quieter ride. This salient feature could cause competitions such as Toyota Corolla, Honda Civic and Ford Focus to lose sleep.

World class test drivers wrote that the Elantra’s cabin has improved tremendously with an attractive design built with a blend of soft-touch surfaces and hard plastics adding: “If measured on a style-per-money basis, which is how many customers seem to determine their new car choice, the Elantra scores big with packs of plenty features for a modest price ceiling.”

True to their words, the drive quality is commendable even though the engine, by design, has a balance mechanism to forestall undue rev which in turn, programmes the transmission to help maximise fuel efficiency instead of being spendthrift. 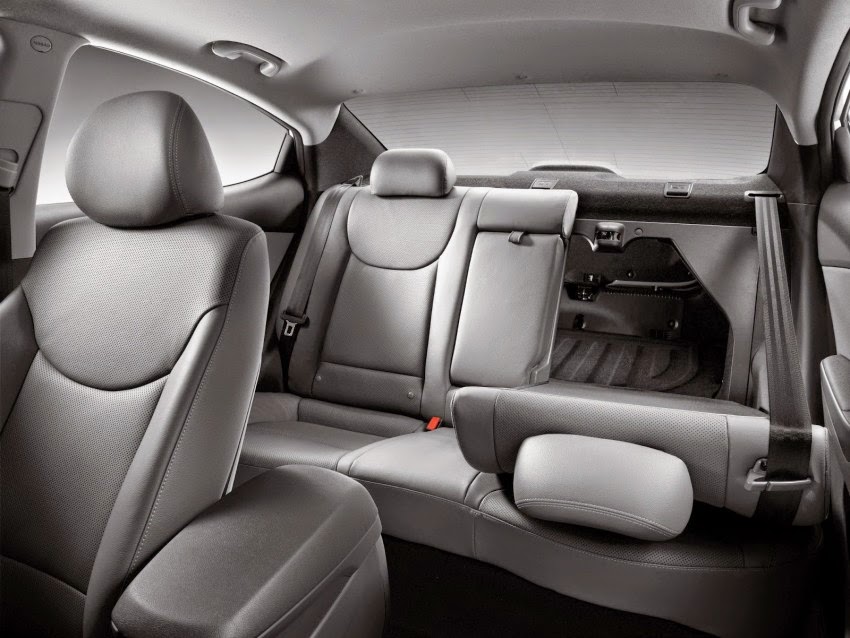 A six-speed manual transmission is however standard but the six-speed automatic transmission earns praise for its responsive shifts, making good use of the engine’s power and delivering an EPA-estimated 28/38 mpg city/highway, which is good for the class.

The Elantra is nevertheless quiet and comfortable enough for commuting coupled with well-bolstered front seats and ample rear legroom and generous trunk space thus allowing the folding rear seats in the sedan quite convenient when hauling bigger items.

These distinctive features could as it were outclass arch rivals with other qualities like Hyundai’s latest infotainment features inside the cabin, including new display screen, generous equipment list, a comfortable ride, an accommodating trunk, and sharp styling - all at a reasonable price.

Other standard features are new headlamps, fog lights, and LED taillights that lend a generally richer impression to the swoopy exterior. And inside, the feature-laden theme carries forward with power-adjustable front seats, leather or fabric trims, a tilting-and-telescoping steering column and a dashboard screen which presents a warning about distraction every time you start the car, thereafter it offers one of the easiest phone-linking systems in the biz.

Technically, the Hyundai Elantra’s interior is roomy enough to be classified as a midsize sedan while the cabin is comfortable with some soft-touch materials and some rather hard plastics on the doors and switches. Coupled with this is a six-speaker audio system, a USB port and satellite radio with audio system and a 4.3-inch display and Bluetooth phone and audio connectivity with voice controls. You will be amazed the headroom up front is plentiful for six-footers and the steering wheel is a bit smaller in diameter than usual, which enhances the sense of space in the first row while the backseat is fine for kids and even tall adults. 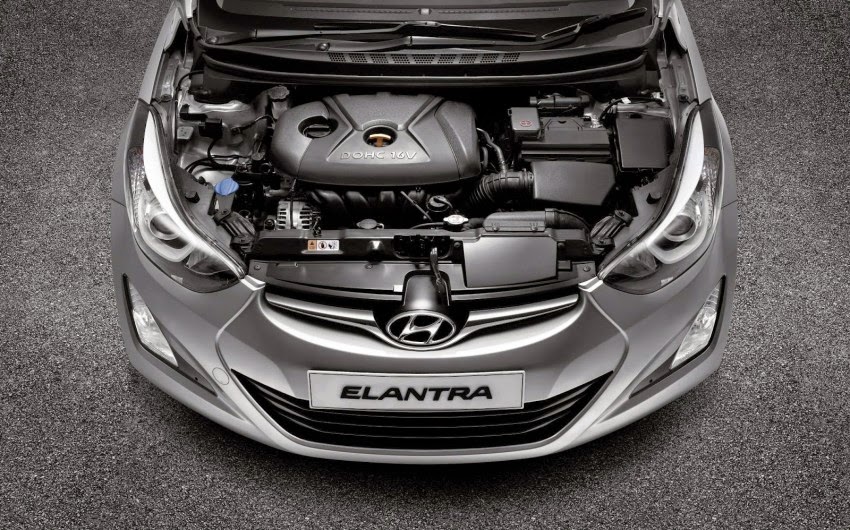 The new Hyundai Elantra is powered by either a 1.6litre or 1.8litre 4-cylinder engine that makes 145 horsepower and 130 lb-ft of torque. This engine gives the Elantra average acceleration and decent passing power. Transmission choices are a good-feeling six-speed manual or a very smooth six-speed automatic that is eager to shift and feels well-matched to the engine. The Automatic-transmission come with Hyundai’s manual-shifting mode, called Shiftronic, which lets drivers toggle through the gears if desired.

With quality ratings and resale values good enough to rival the best competitors, the Elantra is a real threat to compacts like the Toyota Corolla, Honda Civic and Ford Focus.