Sales of Hyundai vehicles in the country surged by 50 percent to 25,021 units in the first nine months of the year, driven by the stellar performance of both the passenger car and light commercial vehicle segments during the period.

The sustained growth momentum allowed Hyundai Asia Resources Inc. (Hari), the official distributor of Hyundai vehicles in the country, to remain one of the best performers in terms of sales in the Philippine automotive industry. 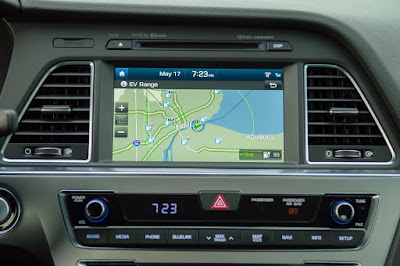 Data from Hari showed that the company sold a total of 17,744 passenger cars in the first three quarters, up 56 percent from the 11,394 units recorded in the same period last year.

Sales of light commercial vehicles similarly rose by 37 percent to 7,277 units from the 5,309 units sold from January to September last year.

For the third quarter alone, the company posted a 44-percent increase in vehicle sales to 8,659 units, from the 6,014 units sold a year ago, Hari data showed.

“Nearing the close of 2016, a more favorable outlook is seen for the remainder of the year as Hyundai is likely to maintain its growth momentum, mirroring the vitality of the country’s economy and its fast-growing automotive industry.  With an endless potential, the company will continue to relentlessly satisfy its customers with its line-up of modern premium products and services,” said Hari president and CEO Ma. Fe Perez-Agudo in a statement.

Posted by Hyundai Dealer at 4:16 PM