How much would you pay for a Hyundai? Most people spend less than $30,000 to put one of the Korean company's compacts in their garage - an i20, Elantra or i30 - but things are changing fast. 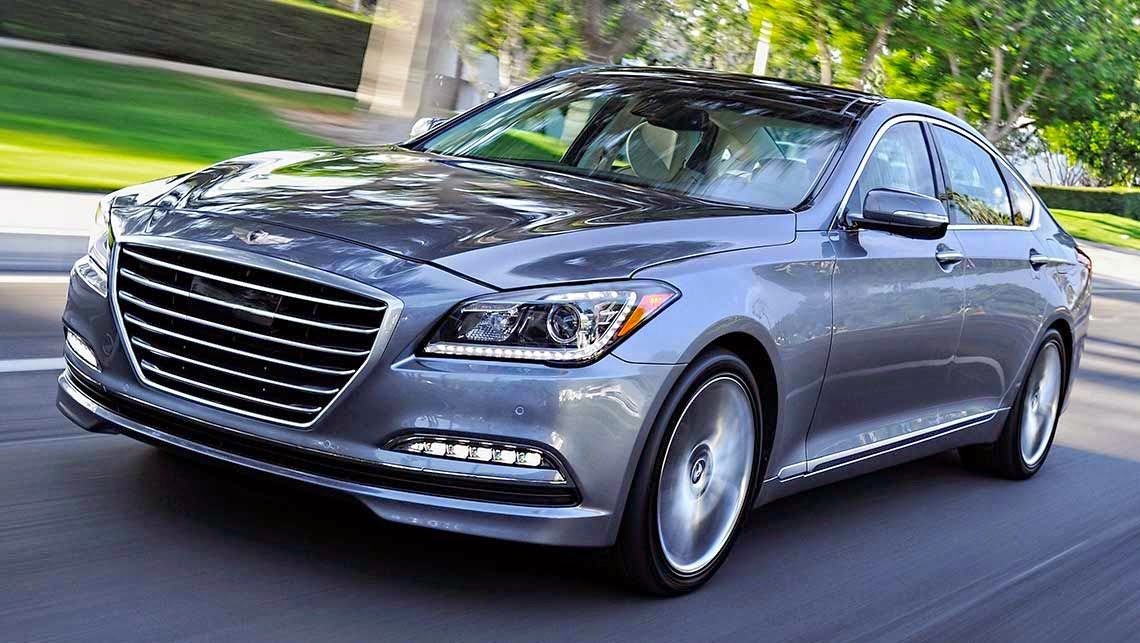 Hyundai is about to bring its full-luxury Genesis to showrooms and that means buyers will be spending about $60,000.

The final price has not been revealed, with some pundits predicting a starting price of about $55,000 - Hyundai says it will be lower than the luxury car tax threshold of $61,884.

But Hyundai is a challenger brand that's scored a lot of hits in recent times. Few people realise that combining its two compacts as one car - the i30 hatchback and Elantra sedan are twins under the skin - would turn it into a genuine contender for No. 1 in Australia.

Only a global naming policy - ignored in the US, where the i30 is called the Elantra GT - prevents the brand taking top spot in Australia.

"One of the reasons Hyundai is so successful in Australia is that, unlike many markets, we access cars from both Hyundai product pools," Hyundai Australia marketing director Oliver Mann says.

"Elantra, for example, isn't even sold in Europe. For Australian buyers it means more choice. From a marketing perspective it means we put more and more focus on the master brand, Hyundai, and what differentiates our cars." That's recently meant an increase in warranty coverage and considerable local input on suspension tuning and refinement that's made cars as diverse as the Elantra and Santa Fe into much better cars.

"It seems to be a good signal that we can sell a luxury SUV beyond $50,000. A Santa Fe Highlander at $53,000 still represents fantastic value (among rivals)," says Hyundai Australia the chief executive John Elsworth.

He avoids ambitious sales predictions, even though Hyundai is aiming eventually to become No. 2 in Australia behind Toyota.

"We don't see ourselves outselling Toyota. But we're here and no one likes going backwards," Elsworth says. 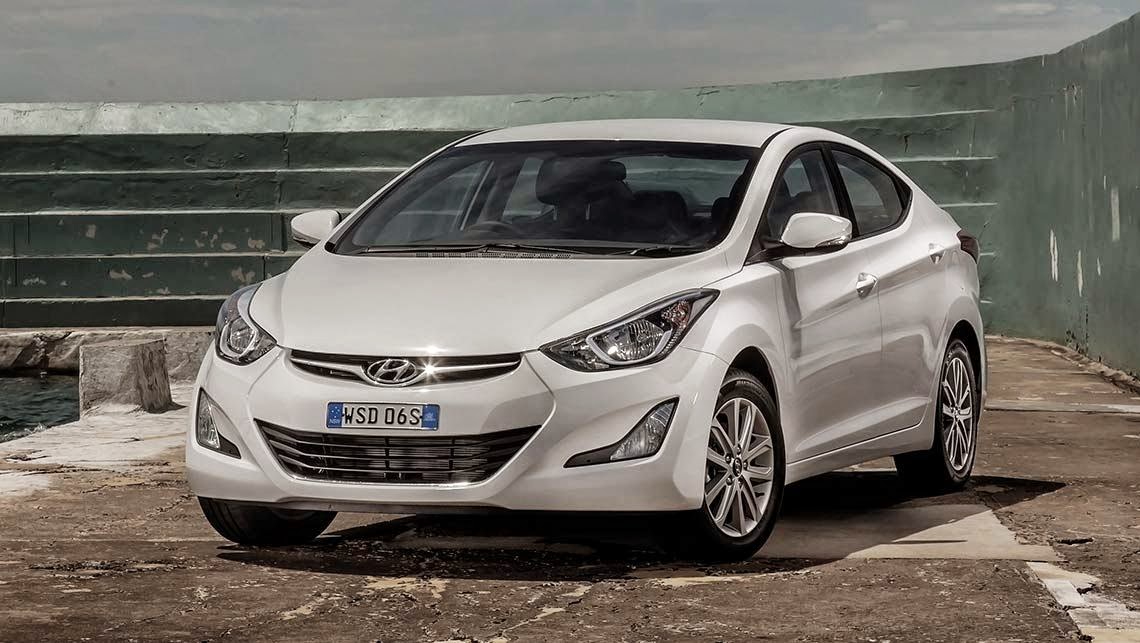 ELANTRA: 3.5/5
PRICE: From $20,990
ENGINE: 1.8-litre 4-cyl, 110kW/178Nm
TRANSMISSION: 6-speed man/auto; FWD
THIRST: 6.6L/100km
THE LOWDOWN: A tweak to the chassis of the Elantra has eliminated the wonky feel that marred its early days. It's now a little more elegant, too, but the cabin looks chintzy and Korean and that goes against it. 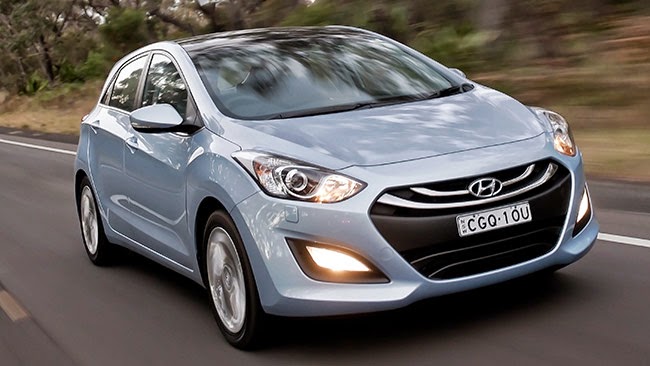 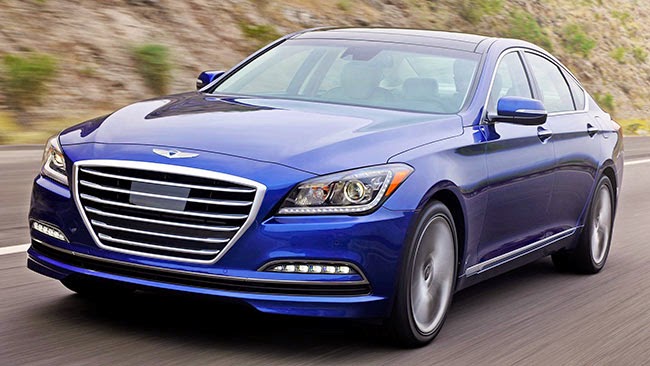 GENESIS: New model
PRICE: $60,000 (est)
ENGINE: 3.8-litre V6, 304kW/505Nm
TRANSMISSION: 8-speed auto; RWD
THIRST: N/A
THE LOWDOWN: We're still waiting for final pricing and a drive on home ground, but everything looks good for the Genesis launch. The real question is whether Australians can accept a Hyundai badge when the benchmark is an E-Class Mercedes. 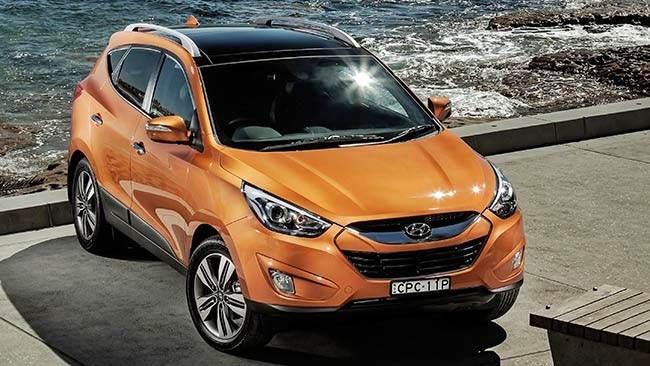 iX35: Sales of compact SUVs continue to boom and that means the used-car scene is also becoming a hotbed for good-value family wagons.

For Hyundai fans, that means the ix35.

It's good buying, we almost never hear owners complaining and buying near-new means a second - perhaps even third - owner still gets the remainder of the warranty coverage and capped-price servicing.

The Kia Sportage came out of the blocks harder than the ix35, partly because it looks better.But the Hyundai has firmed over time and it's now been joined by the larger Santa Fe with Carsguide's recommendation.