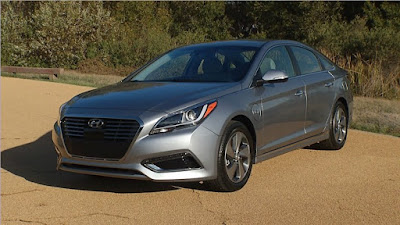 Hyundai Motor Group Chairman Chung Mong Koo, who presided over a meeting of executives heading overseas offices, directed them to expand production and sales of such vehicles globally, according to an e-mailed statement. Hyundai plans to introduce its Ioniq gasoline-electric hybrid in the U.S. and Europe, after starting sales in January in South Korea. Kia plans to sell the Niro hybrid in the U.S., Europe and China.


Chung’s push for eco-friendly cars comes as Tesla Motor Inc. prepares for its debut in South Korea, where such models comprise less than 1 percent of 21 million vehicles. Automakers are expanding their lineup of alternative-energy vehicles with companies such as Toyota Motor Corp. as they come under pressure to improve fuel economy and meet increasingly stringent emission rules.
“We need to expand eco-friendly car lineup and strengthen sales, production capabilities to lead the eco-friendly car industry,” Chung, who heads both Hyundai and Kia, said in the statement.
Hyundai and Kia have said they plan to have 28 environment-friendly vehicles in their lineups by the end of the decade, including electric cars and hybrids.
The automaker will accelerate the introduction of its Genesis luxury brand globally, according to the statement. Hyundai spun off its luxury marque into a standalone brand as it seeks to move upscale and compete against the likes of Toyota’s Lexus.
Hyundai plans to start sales of the G80 mid-sized sedan and the bigger G90 sedan in the U.S. this year, while the G90 will be introduced in the Middle East, the company said without providing a time frame.
Source
Posted by Hyundai Dealer at 9:00 AM