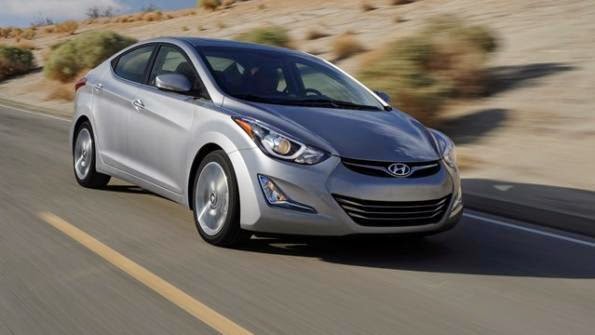 It remains to be seen whether the next-generation Hyundai Elantra will feature the swoopy, aggressive styling of its predecessor or take a conservative step back like its stablemate the ’15 Sonata.

Indications are the new Elantra, expected to go on sale next year as a ’17 model, will not have the watered-down styling of the Sonata, which already is slated for a redesign after consumers failed to embrace its more sedate exterior.

The philosophy behind Hyundai’s updated design philosophy, dubbed Fluidic Sculpture 2.0, was to give the brand a more upscale, but conservative, look that could be shared across the entire lineup. However, the Sonata proved it was a step in the wrong direction.

“It’s a very handsome vehicle, (but) it’s not as distinctive as the vehicle it (followed),” Dave Zuchowski, Hyundai Motor America CEO, told WardsAuto in January.

Hyundai officials have not revealed whether the next-generation Elantra will feature elements of Fluidic Sculpture 2.0, but it’s unlikely Hyundai will continue down the same path as it did with the Sonata.

“We had the new (Toyota) Corolla, (Honda) Civic, (Chevrolet) Cruze and (Ford) Focus, and the next-generation Elantra scored significantly higher than them,” he says of the consumer clinic. “The results, in relation to competitors, were the best ever in Hyundai history.”

One recent Hyundai design element that is likely to carry over to the next Elantra is the hexagonal front grille introduced on the ’15 Genesis luxury sedan.

“You’re going to start to see a growth pattern (of the Genesis grille) in the future,” Ramirez says. “Whether it applies to every model remains to be seen.”

Ramirez says fuel efficiency was the No.1 purchase reason among buyers of compact and subcompact cars.

“Even with gas prices low, that’s what they’re looking for,” he says, citing a study predicting gasoline prices will rise 53% by 2018.