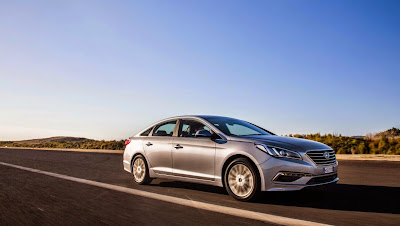 For some reason, Hyundai canned the Sonata name a few years ago and usherd in something called the i45.


It wasn’t a bad thing despite being relentlessly bagged by the motoring press. Sales were OK but not enough for survival.

Now, the Sonata name has been resurrected with a totally new model fighting in the medium sedan segment against the likes of Mazda6, Camry, Liberty, Mondeo and plenty more.

The new Sonata has toned-down styling compared with the i45 but looks much better for it. There are definite links between Sonata and the imposing new Hyundai Genesis big car.

They've made sure the ride and handling package was right up there with the best by implementing an extensive "localisation" program to arrive at "the best" setup for dampers, springs, sway bars, tyres and steering. The result is arguably as good as anything in class.

We drove the base model Sonata Active 2.4L in sales rep white with a grey interior. Pretty boring but it’s what buyers want - apparently.

If ever there was an argument for Australia to simply let the Koreans make cars for us, this is it 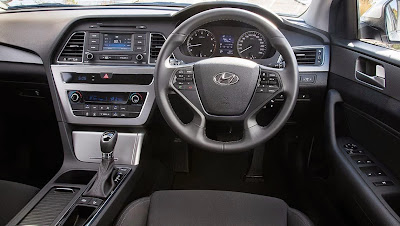 The price point is $29,990 which is right in the middle of the segment range and exactly the same as the Nissan Altima, Subaru Liberty 2.5i and 500 bucks under the Camry kick-off point.

Hyundai amped it up with a generous amount of kit including the standard six speed automatic transmission called Shiftronic and a heap of other stuff like a rear view camera, 17-inch alloys with spare, keyless entry, rear park assist, 4.3-inch touch screen, steering wheel controls, multi mode trip computer, aircon, cruise, Bluetooth connectivity to phone and audio and a decent cloth upholstery. But no lumbar support adjust nor satnav and the screen is too small.

Some driver assist features make it this far down the Hyundai food chain including auto headlights, hill start assist and other basic stuff but nothing "sexy" like lane keeping or auto brake.

The Sonata scores a five star crash rating with all that brings and uses 8.3-litres of regular unleaded on the combined fuel cycle. 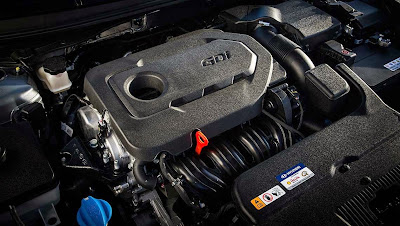 The engine is a 2.4-litre petrol four cylinder unit that’s been around for a while achieving 138kW/241Nm output. It has direct fuel injection and variable cam timing to optimise fuel economy and emissions.

Drive goes to the front wheels through various electronic modulations.

This is the real surprise here as the Sonata is a handy tool for many driving applications and offers plenty of driver engagement - to a point.

It has a sporty feel and offers a good measure of comfort too. The two mode steering is a clever inclusion and the car is dynamically well endowed for a "repmobile".

The engine is strong and smooth but a bit noisy on cold start up.

It has plenty of kick across the entire engine speed range and is unobtrusive at all times.

The interior is attractively styled with plenty of soft touch points and easy to read instruments. Fit and finish is excellent inside and out.

Room is provided for five in decent seating that offers some adjustability in the front. The boot is large and the rear pews fold 60:40. 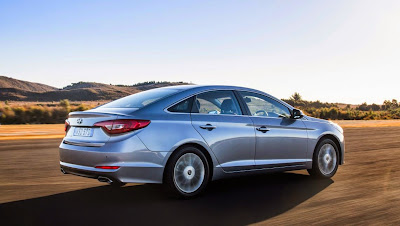 We like the new Sonata for a range of reasons. It is attractive to look at and has plenty of kit for the money. Performance and dynamics won’t disappoint either. If ever there was an argument for Australia to simply let the Koreans make cars for us, this is it.