There truly has been a significant shift in the focus of auto brands around the world. Many are now putting some, if not a lot, of focus on building an electric-car arm. The latest to join the trend is Hyundai Motor Corp., which has declared that its future Genesis cars will head into that direction as well. 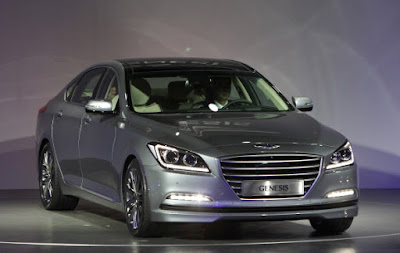 "We will definitely go as Genesis brand down the road of alternative propulsions and it is very, very obvious that EV is definitely on the map," the brand's Senior Vice President Manfred Fitzgerald said, as quoted by Reuters. Fitzgerald also stated that "I think full electric cars will be the future in the auto industry."

The Genesis brand will need to be differentiated from other Hyundai vehicles and the key is in design. Luc Donckerwolke, who is the Senior Vice President at Hyundai Design Center, is very much aware of this and says there should be "no design overlap" between the units. Hyundai has branded itself as a value brand and Genesis is meant to come up on a more luxurious scale.
Currently, there are plans to release a diesel version of the Genesis G80 by the first half of next year. Including electric vehicles into its roster is important in order for the brand to plant its name in the luxury market. Fitzgerald knows this and the company is making all the necessary moves to proceed.
Auto Blog adds that Fitzgerald, who gave his statements at the recently concluded Busan Motor Show in South Korea, did not give a definitive timeline or any hint as to when Genesis would release the electric vehicle. However, it is going to happen and the electric car industry will grow.
Hyundai Genesis will follow the likes of Tesla, Audi, BMW, Mercedes and Porsche, all of which have already tapped into the market with some battery-powered luxury options.
Source
Posted by Hyundai Dealer at 10:00 AM