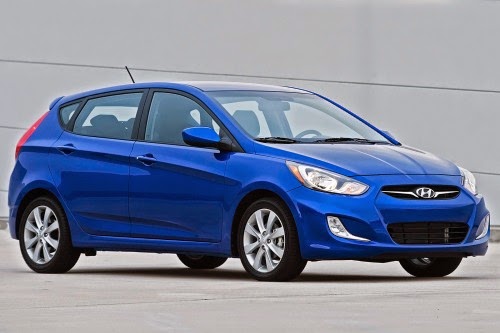 Since its 1995 introduction, the Hyundai Accent has served as the company's entry-level small car. Although grouped with similarly priced subcompact cars, the Accent sedan and hatchback have always fallen under the EPA's classification for a compact car, which translates to a surprisingly roomy interior. Other typical Accent advantages include generous standard equipment, a choice of hatchback and sedan body styles and long warranty coverage. 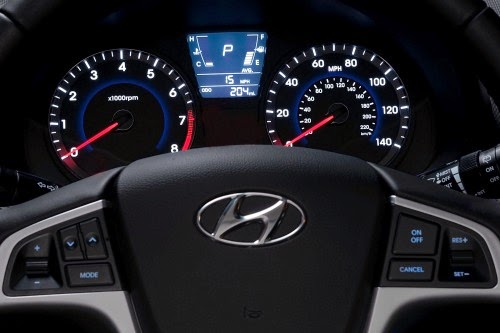 The latest Hyundai Accent has made great strides toward front-runner status in this competitive segment, which is a welcome change from past models. It is now larger inside and out, and the overall look of the car is certainly more dynamic. Performance and overall quality have been notably improved as well. Prior to the current-generation car, older Accents suffered from low safety ratings and an overall level of quality that didn't match up to some competitors.

Current Hyundai Accent
Available as a sedan or a four-door hatchback, the Accent comes with a 1.6-liter four-cylinder producing 138 horsepower and 123 pound-feet of torque. A six-speed manual transmission is standard, while a six-speed automatic is also available. Power output is impressive for the class, and the Accent gets excellent fuel economy as well.

The sedan comes only in base GLS trim, while the hatchback comes in GS and the top-line SE trims. The GLS is nicely equipped with air-conditioning, full power accessories and a six-speaker sound system with a CD player, satellite radio and iPod/USB/auxiliary input jacks. Option highlights including foglights, alloy wheels, keyless entry, upgraded interior trim, a tilt-and-telescoping steering wheel, cruise control and Bluetooth are available. The GS hatchback adds a few extra features. Stepping up to the SE hatchback gets you pretty much all of the optional features as standard. 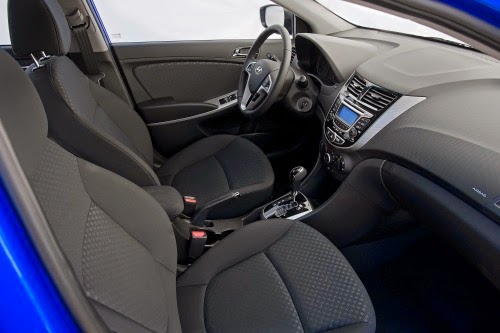 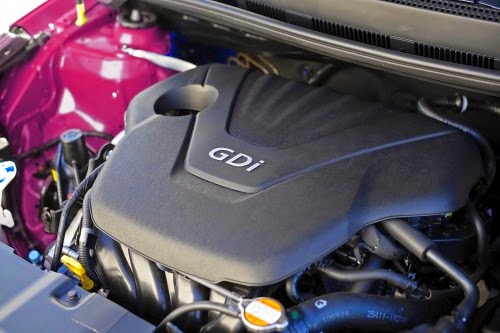 Inside, the Hyundai Accent has a look and feel that's a cut above most rivals, with patterned upholstery, a sculpted dash and a modern overall design. Although some drivers may be bothered by the lack of a telescoping steering wheel as standard equipment on most trims, taller passengers will find all but the rear center seat roomy and comfortable. Cargo space is also quite accommodating, especially in the hatchback models.

On the road, the Accent's four-cylinder engine pulls significantly stronger than the power plants of its major competitors. Both the six-speed manual and the six-speed automatic transmissions make good use of that output, too. What it lacks in sporty handling dynamics, it compensates for with a quiet, comfortable ride and good overall composure -- criteria likely more important to buyers shopping this segment. That the Accent performs this well overall while still rating an EPA-estimated 31 mpg combined is impressive. Overall, the Hyundai Accent stands as a front-runner in the subcompact segment.

Used Hyundai Accent Models
The Hyundai Accent was fully redesigned for 2012, marking its fourth generation. Compared to the previous generation, this Accent is roomier inside, with a more stylish design and a more powerful and fuel-efficient engine. There haven't been any major changes since, although the optional telescoping steering wheel didn't become available until 2014.

The third-generation Hyundai Accent was built from 2006-'11. It's a cost-effective choice for a used car, though not a particularly exciting one. All third-generation Accents were powered by 1.6-liter four-cylinder engine that produced 110 hp and 106 lb-ft of torque. Transmission choices included either a five-speed manual or a four-speed automatic. 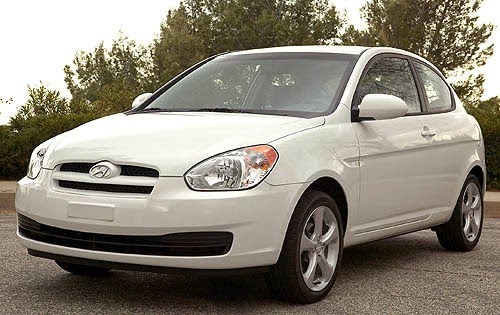 During its run, a steady progression of changes and improvements were implemented. Initially, a sedan body style and single trim level were available. In 2007, a two-door hatchback was added to the lineup along with additional trim levels: the GS and SE were offered on the hatchback and GLS was the only sedan choice.

GS models were modestly appointed with the bare necessities. The SE added 16-inch alloy wheels, air-conditioning, power accessories, a CD player, a sport-tuned suspension and quicker steering. The GLS sedan included air-conditioning and the audio system as standard, with power accessories and alloy wheels optional. A sunroof and an upgraded audio system were optional on the SE.

There was a slight bump in fuel economy for 2009, as well as available cruise control. For 2010, the entry-level Blue trim joined the lineup as the new value leader, but was renamed the GL one year later. In the meantime, the GS received standard air-conditioning. USB connectivity was added to the available auxiliary input in 2010. Used car shoppers should pay special attention to whether or not an Accent has antilock brakes, as the car's braking distance grows excessively long without them. Antilock brakes weren't even an option for the GS until 2010. Finally in 2011, all Accents featured it as standard. 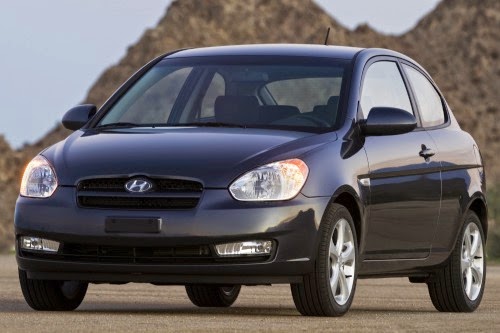 In reviews, we found the third-generation Accent to be a decent choice for those seeking basic, fuel-efficient transportation, but plain styling and cheap materials kept appeal fairly low. Still, there was enough interior space for average-sized adults to get comfortable in the front or rear. Driving the Accent offered no revelations in performance, but the brakes were strong (with ABS) and ride quality and handling were acceptable for an economy car. Power was adequate for driving around town, but sluggish at highway speeds in automatic-transmission models. One final aspect to consider is the Accent's crash test scores; it performed very poorly in the Insurance Institute for Highway Safety's side-impact crash test.

The second-generation Accent was sold in sedan and hatchback form from 2000-'05. Initially, this Accent was offered only with an 89-hp, 1.5-liter four-cylinder engine (horsepower varied slightly over the years). A 104-hp, 1.6-liter engine joined the lineup in 2001 and replaced the 1.5-liter altogether in 2003. Acceleration was adequate even with the 1.5-liter engine, however, and both the automatic and manual transmissions perform acceptably.

Handling and braking capabilities were modest on second-gen Accents, mainly because of the car's undersized 13-inch wheels and tires. Hyundai did offer the 2004 and '05 GT hatchback with 14-inch wheels and a firmer suspension, but if you're buying any used Accent, it's a good idea to set aside some money for better tires. Unfortunately, antilock brakes were optional only on 2005 Accents. Front seat-mounted side airbags were standard on 2003 GL sedans and hatchbacks, and on all 2004 and '05 models.

Sold from 1995-'99, the first-generation Hyundai Accent was also available as both a compact sedan and a three-door hatchback; it replaced Hyundai's shoddily built Excel subcompact (1986-'94). All Accents of this era came with a 92-hp, 1.5-liter engine, except for the 1996 and '97 GT hatch, which had a DOHC, 16-valve version of this engine good for 105 hp. ABS was optional on automatic transmission-equipped Accents sold from 1995-'98, but this safety feature was discontinued entirely for 1999 and didn't turn up again until 2005.