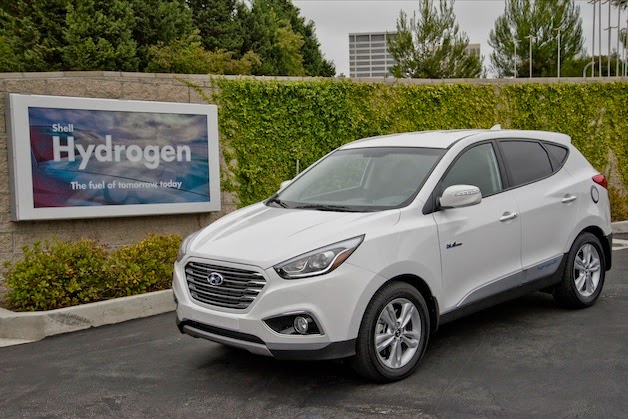 WASHINGTON, Sept. 16, 2014 /PRNewswire/ -- Today, Hyundai collaborated with the House Hydrogen and Fuel Cell Caucus and the Department of Energy to highlight the introduction of the first mass-produced fuel cell vehicles in the U.S. retail market. In a briefing organized by the House Hydrogen and Fuel Cell Caucus, Hyundai executives, Members of Congress, and an official from the Department of Energy discussed the innovative and clean technology that powers hydrogen fuel cell vehicles and the need for additional hydrogen infrastructure in the United States.

"Hyundai is thrilled to partner with leaders in Congress and the Department of Energy to promote the continued development and commercialization of these clean energy technologies," said Kathleen Hennessey, Vice President, Government Affairs for Hyundai Motor Company. "We look forward to continuing to work together with groups like H2USA, the public-private partnership launched by the Energy Department, to find ways to advance hydrogen infrastructure to support more transportation energy options – like fuel cell vehicles – for our consumers here in the United States."

In June 2014, Hyundai became the first automaker to offer for lease in the United States a mass-produced fuel cell vehicle. Hyundai Tucson Fuel Cell lessees can now drive Hyundai's next-generation Tucson Fuel Cell for just $499 per month, including unlimited free hydrogen refueling and At Your Service Valet Maintenance at no extra cost.

House Hydrogen and Fuel Cell Caucus Co-Chair Representative John Larson, a longtime advocate for fuel cell technology, has spearheaded federal efforts to accelerate the deployment of fuel cell and hydrogen energy technology through infrastructure and investment tax credits. Larson commented, "Fuel cells and hydrogen energy are a key to utilizing cleaner, domestic energy sources. As the nation's hub for fuel cell manufacturing, Connecticut is poised to take advantage of the exciting developments taking place in this industry such as the introduction of the Hyundai Tucson Fuel Cell Vehicle. From ending our dependence on foreign oil, reducing harmful emissions, and spurring American manufacturing, fuel cells will play a critical role in solving some of our most pressing problems. I applaud automakers such as Hyundai for investing in this incredible technology."

Fellow Caucus Co-Chair Representative Charles Dent added, "I applaud Hyundai for their commitment to the deployment of hydrogen fuel cell cars in real numbers so that the public can realize that the potential of this technology is real. I am very proud of Air Products, based in my district, for working with Hyundai to promote the deployment of hydrogen fueling stations where any gas station customer will feel right at home." 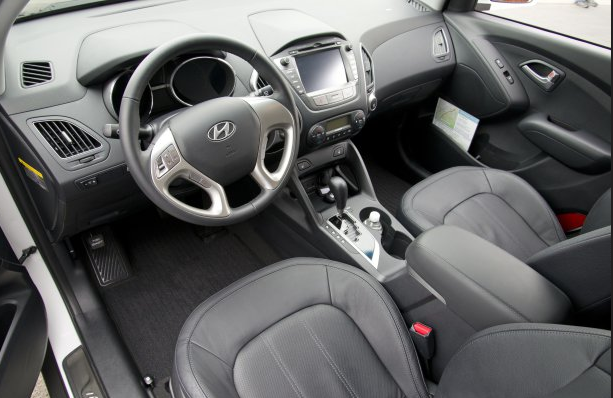 The Hyundai Tucson Fuel Cell is being offered to customers in the Los Angeles/Orange County region for a 36-month term at $499 per month, with $2,999 down. This includes the addition of a remarkable benefit – unlimited free hydrogen refueling. Consumers can learn more about the Tucson Fuel Cell leasing opportunity by visiting the Tucson Fuel Cell microsite at hyundaiusa.com/tucsonfuelcell.

"When we spoke with customers about fuel cell vehicles, many wondered about the cost of hydrogen," explained Zuchowski. "To ease those concerns as the hydrogen refueling network builds out, we decided that covering this cost for these early adopters was appropriate, and consistent with how we like to treat our customers."

In addition, Tucson Fuel Cell owners enjoy similar services enjoyed by Hyundai Equus owners, such as At Your Service Valet Maintenance at no extra cost. As Equus owners have enjoyed since its introduction in 2010, should a Tucson Fuel Cell require any service, a Hyundai dealer will pick up the vehicle and provide a loan vehicle, then return the car after service to their home or business, at no charge.

Customers interested in the Tucson Fuel Cell can indicate their interest (the first step in the ordering process) by visiting Hyundai.com. Availability of the Tucson Fuel Cell will expand to other regions consistent with the accelerating deployment of hydrogen refueling stations. 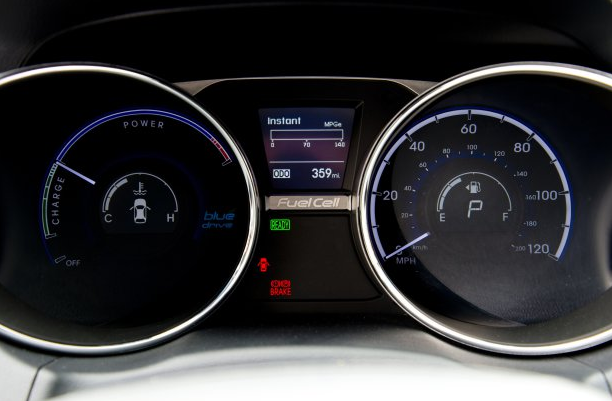 The Tucson Fuel Cell represents the next generation of electric vehicles – those that create their own electricity, on-board, from hydrogen. According to the University of California, Irvine Advanced Power and Energy Program's 2013 study, the hydrogen fuel cell provides comparable total well-to-wheel emissions to a battery electric vehicle. For the Tucson Fuel Cell driver, this social benefit is achieved with greater utility, versatility and without compromises. Consider: 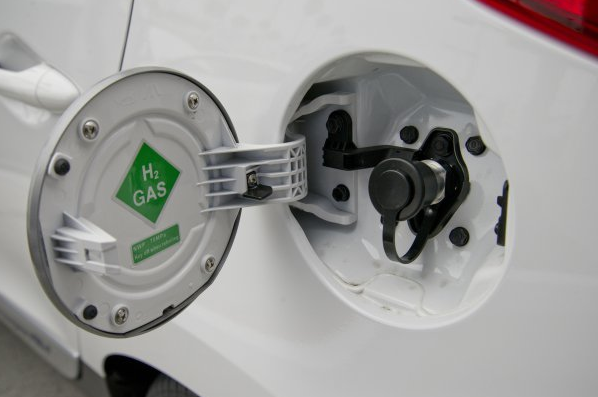 The benefits of hydrogen are well known - required supplies for the U.S. market can be produced domestically and its supply is virtually unlimited. It can be produced by varied means - including renewable sources such as biogas. Hydrogen can even be sourced directly from water, using electrolysis to split hydrogen molecules with electricity from renewable energy sources such as wind and solar.

Further supporting hydrogen infrastructure development, California approved a plan in October 2013 to develop up to 100 hydrogen refueling stations in the state over the next several years. This recent California initiative dovetails with increased government support of hydrogen infrastructure development at the federal level, such as H2USA. In addition, the California Energy Commission recently announced proposed awarding of $44.5 million for the development of 28 new hydrogen stations (plus one mobile refueler), bringing the total number of hydrogen fueling stations (open, in-development, and proposed) to over 50 stations. 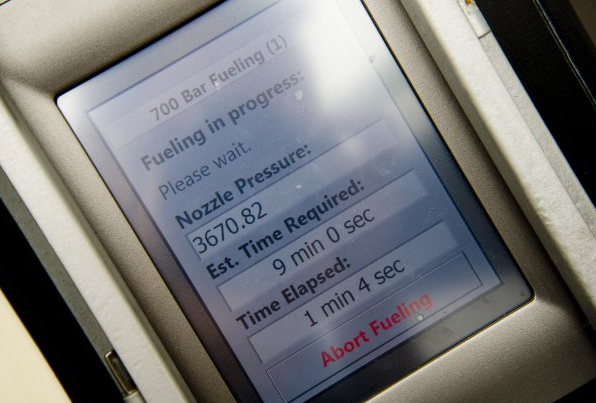 FUEL CELL TECHNOLOGY: HOW IT WORKS

Hyundai's fuel cell effectively replaces the battery pack used in an electric vehicle by generating electricity from hydrogen through an electrochemical process that does not involve hydrogen combustion, with no moving parts within the fuel cell stack.

The fuel cell electrochemical process is as follows:

Source
Posted by Hyundai Dealer at 8:34 AM