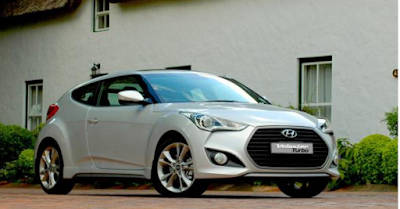 Hyundai, which has no less than 22 hatchback models available in South Africa, has now added a range-topping sports model with a twin-scroll turbocharged Veloster.

The new Veloster Turbo is easily the most powerful of all petrol Hyundais with outputs of 150kW and 265Nm from its 1.6-litre engine, and with claimed 0-100km/h figures of 7.8 and 7.3 seconds for the six-speed manual and seven-speed dual-clutch automatic versions respectively, it’s also easily the quickest. However, the power boost has been met with a not-so-modest price hike, and at R379 900 and R399 900 the two models are easily the most expensive of all Hyundai hatches too.

Reference this against normal non-turbo Velosters, with respective R297 900 and R317 900 price tags, and it’s easy to see this already niche package will require an even niche(er) buyer in turbo form. Hyundai lists the more expensive two-litre turbo Scirocco as this car’s most direct competitor, but the Focus ST and Megane RS, each of which offers more power for less money, will ensure the force-fed Veloster attracts a very specialised clientele. 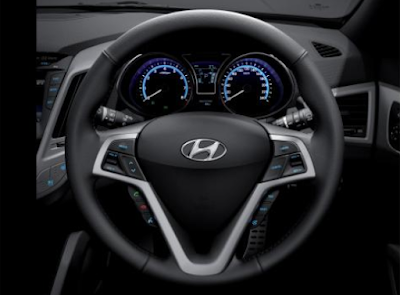 In Hyundai’s defence, you do get a feature-laden spec sheet, and colour touchscreen displays with reversing cameras, eight-speaker sound systems with subwoofers, panoramic glass sunroofs, leather seats, park-distance control, USB/Aux/Bluetooth connectivity and a five-year or 150 000km warranty all come wrapped up in one well equipped package. The only option available here is metallic paint. The addition of a turbo also means the Veloster’s steering rack and suspension have been tweaked to handle the extra power, and the front brakes have been upsized slightly from 280 to 300mm.

There is at least some added appeal over conventional hatchback competition in the Veloster’s unique triple-aperture body style, which sees two side doors on the passenger side and one longer door for the driver. A gimmick it might be, but I do like that the 2+1 set-up has been applied correctly to both left-and right-hand drive guises – more than can be said for the previous generation Mini Clubman. In Turbo guise, the Veloster also gets a bigger grille, deeper side skirts and a pair of circular, centrally-positioned tailpipes instead of the normal version’s single trapezoidal outlet.

When the Veloster was first launched locally in 2013 its slick looks cried out for more power, and the added boost certainly addresses that issue. Turbo lag is almost undetectable and in-gear acceleration is far better than the original model offers, but pitting this against any of the rivals mentioned earlier would be an unfair competition. I drove both manual and automatic versions of the Veloster Turbo at last week’s launch event, but a series of some of Cape Town’s most demanding mountain passes only demonstrated that this car’s more suited to urban environments. 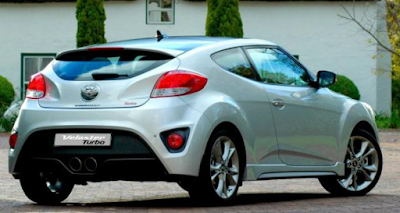 The Veloster Turbo pulls nicely at low revs, but work it hard and power delivery begins to taper at a rather low 5 000rpm. I reckon Hyundai could have put more effort into the exhaust note as well, as it spins harshly with an uninspiring soundtrack up towards its redline.

I’d also advise against the more costly DCT auto ‘box which changes too late and too often when pushed. Save some cash and get the manual, which comes with a notably neat and precise shift action. Or, save even more cash and stick with the original normally aspirated Veloster.