Taking a Look at Android Auto on the 2015 Hyundai Sonata 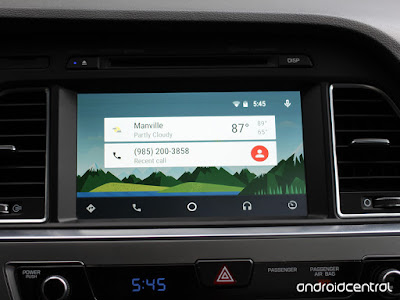 The 2015 Hyundai Sonata is the first vehicle to receive the Android Auto update — and we take the updated infotainment system for a spin.

Android Auto may have been first announced a year ago, but it wasn't until recently that it was actually available for the masses to get their hands on. Several car manufacturers have committed to bringing the Android Auto update to their vehicles, but Hyundai was the first one to get it out there. Hyundai recently announced that the 2015 Sonata would be the first car to receive the Android Auto update, so naturally we had to head to the dealer to get our system updated.

From start to finish, the process takes about 30 minutes to complete, and then you are ready to use Android Auto. We have already seen Android Auto in pretty great detail, but check out the gallery below to see some additional shots of the Android Auto update on the 2015 Hyundai Sonata.

The update is made available to dealers on a USB drive that simply plugs into the vehicle to update. Later this year owners will be able to download the update themselves, and install it, but until then you will have to head to the dealer. Once the stick is plugged in, all the dealer does is head into the settings and update the system much the same as you would install an OTA update. 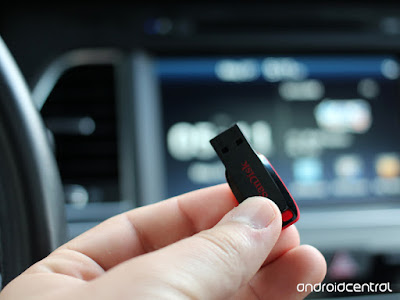 Once the update is complete, you do have to go back into the settings and enable Android Auto, before you can make use of it. After this you just need to plug the device in via USB, and have the Android Auto app installed on your phone. From here it will walk you through a basic set up and then you are good to go. If you own a 2015 Hyundai Sonata, be sure to call your local dealer to schedule an appointment to update your system to enable Android Auto.