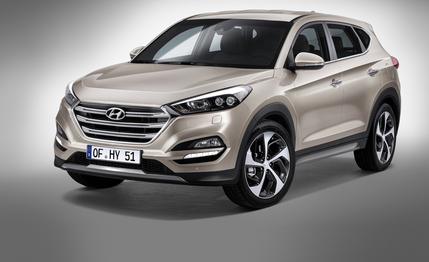 The Hyundai Tucson is the South Korean automaker's smallest crossover SUV, but also one of its most popular vehicles. It's new for 2016, and Hyundai hopes a thorough redesign that boosts economy, interior space, and handling will put the Tucson in the same league as vehicles like the Toyota RAV4, Honda CR-V, and Ford Escape. 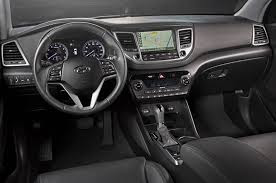 The first point in the new Tucson's favor is its design. From its familial hexagonal grille to the sculpted lines of its body to the visual impact of its wheel design, the Tucson has a premium look that makes the outgoing model look like an economy car. This upscale feel continues inside, where the design of the dashboard and console have an elegant simplicity, and thickly bolstered seats look expensive.

There are four trim levels -- SE, Eco, Sport, and Limited -- with prices that range from around $23,000 to about $33,000. This doesn't include a destination charge of $895.
The base SE doesn't have much more than the basics. The Eco and Sport have different drivetrains and a few key features, but the Limited with the Ultimate package takes the Tucson into near-luxury territory with everything from leather upholstery to touchscreen navigation, ventilated seats, and a panoramic roof.

We were somewhat disappointed by performance from the turbocharged 1.6-liter four-cylinder that's found in the top three trim levels: Eco, Sport, and Limited. Mated to a seven-speed dual-clutch transmission, the 175-horsepower engine is slow to respond under hard acceleration, regardless of the driving mode (regular, eco, sport) we selected. The base SE has a 164-horsepower 2.0-liter four-cylinder that feels peppier around town, particularly when its six-speed automatic is in sport mode.

around $1,500 and has a driver-selectable lock that splits torque between front and rear wheels in extreme conditions, and also offers torque vectoring that improves cornering performance.