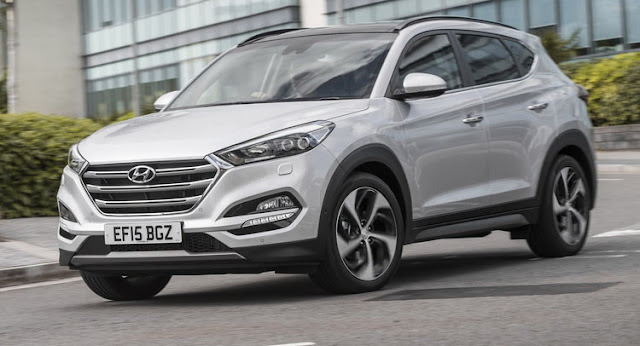 Hyundai's all-new Tucson SUV has become the fastest-selling product from the Korean manufacturer in the UK and across Europe since its launch in September, with the Czech plant running at full capacity.

There have been over 10,000 orders in the UK and 85,000 orders in Europe for this model in a relatively short period of time, which is a direct indication of this car's new found success among buyers from the old continent.

Tony Whitehorn, CEO of Hyundai Motor UK stated that "The All-New Tucson has now overtaken the award-winning i10 as the fastest-selling Hyundai model launch in the UK."

"Launched in September this year, we have taken over 10,000 orders in the UK alone and the best-selling model is the 1.7-litre SE Nav with over 34% of the total number. Like the Tucson, 90% of our cars sold in Europe are designed, developed, and manufactured in the region ensuring products that meet the needs of our discerning customers. Our Czech plant plays a key role in our business enabling us to fulfil high demand," added Whitehorn.

The 1.7-liter SE Nav model is powered by a 115 PS turbodiesel unit, which isn't much for performance (takes 13.7 seconds to hit 100km/h) but estimated fuel consumption looks quite impressive at an average of 4.6 liters per 100 km/h (61 mpg UK).

Recently, Hyundai's Czech plant (HMMC) celebrated its 7th anniversary, which is a solid accomplishment considering that more than 1.8 million cars have been produced on location.

With the HMMC at full capacity and the 200,000 units shipping out from their Turkish plant, Hyundai Motor now has an annual production capacity of 500,000 cars, primarily for European buyers.