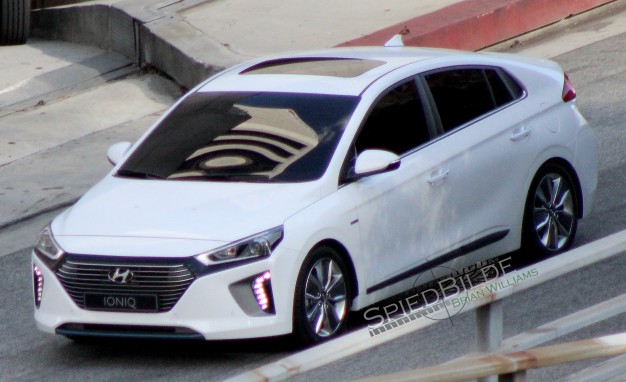 Hyundai’s Ioniq, the brand’s upcoming hybrid/EV entry, has been caught undisguised during a video shoot. The Ioniq is scheduled to make its official debut next month in Korea, but you get to see it now.

Hyundai just recently rolled out a teaser image of the Ioniq, at which time the Korean automaker announced that the new model would be a dedicated green model, sold as an EV (Hyundai’s first), as well as a plug-in hybrid and a conventional hybrid. 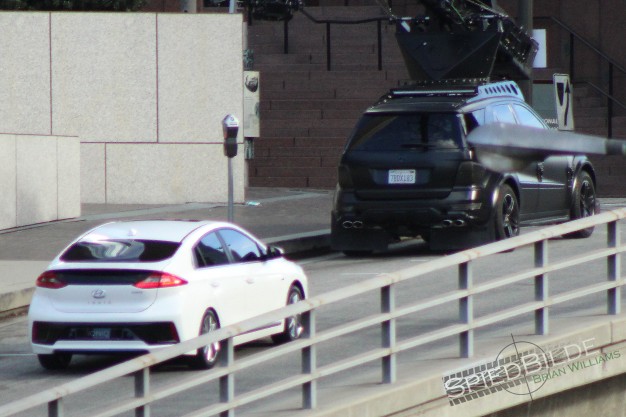 From the spy pictures, we can see that although the Ioniq has a clipped tail like a hatchback, the new Hyundai actually appears to be a notchback sedan. The characteristic Hyundai hexagon grille features horizontal bands and flows into the headlamps, which have C-shaped daytime running lamps. Vertical fog lamps, rendered in LEDs, punctuate the lower corners of the otherwise smooth front fascia.