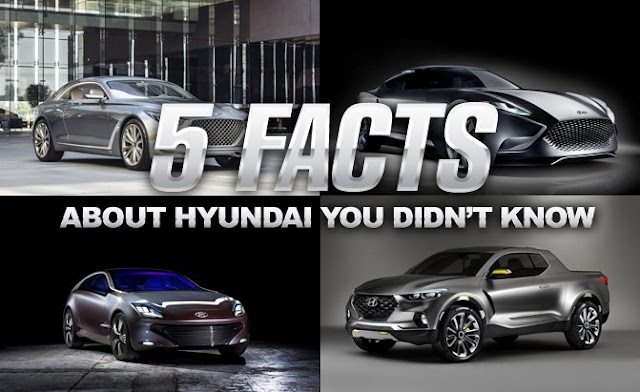 Hyundai has been on a roll lately with a bunch of exciting new developments. The Korean automaker has announced a new standalone luxury brand called Genesis and will be introducing a vehicle that is built from the ground up to be a hybrid vehicle.

But we found a few other neat facts you may not know about Hyundai. Here’s some neat trivia about Hyundai you can use to impress your know-it-all car friends: 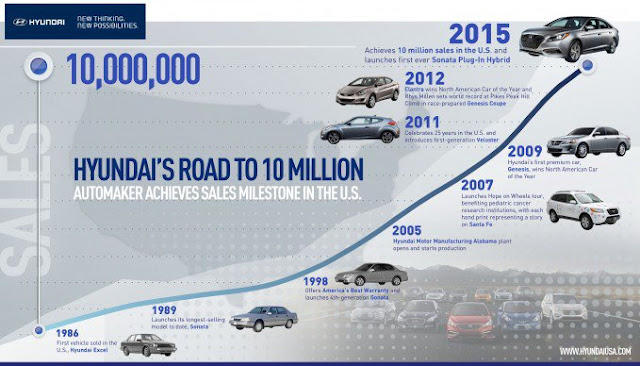 Hyundai finally broke the 10M sales mark in the U.S. this year

The Korean automaker finally cracked the 10 million vehicles sold in the U.S. mark. Since introducing its first vehicle in 1986, the company has managed to crack the 10 million mark in just under 30 years, not an easy feat in the competitive U.S. market. Helping to hit the 10 million mark, Hyundai opened its Hyundai Motor Manufacturing Alabama (HMMA) plant in 2005, which has built 2,660,314 vehicles since opening, mostly Sonatas and Elantras.

Sonata and Elantra make up exactly 50% of the sales

While Hyundai has a strong crossover lineup, it’s the sales of the sedans that are really surprising. The Sonata and Elantra each make up 25 percent of the company’s sales and exactly 50 percent of the sales combined.

You may have heard of the Excel, the subcompact car that Hyundai entered the U.S. market with. However, don’t think this small, cheap vehicle was taken lightly by the market. It sold 168,882 units in its first year.

The Excel, which has nothing in common with the Microsoft spreadsheet program, was apparently designed by Giorgetto Giugiaro, the same man who designed the BMW M1, Lotus Esprit and the Delorean DMC-12. The Excel isn’t quite as sexy as those other vehicles, but its pricentag sure was attractive, coming in at $4,995.

Hyundai Rolls its Own Steel

Hyundai actually makes its own steel rather than depend on the work of suppliers. This is a pretty big departure from the norm in the industry, and, as a result, Hyundai can make its steel with its own specifications.

Lots of Industry Firsts
Hyundai has been around for nearly 30 years, and the automaker has not only broken into the mainstream market, but has also lead the industry in its own unique way. Hyundai and its sister company Kia were the first and only mainstream automakers to use a lithium polymer battery, which can found in the Kia Optima and Hyundai Sonata Hybrids. This type of battery is lighter and more compact than the usual lithium ion batteries used in hybrids.

Continuing this trend on leading the way in technology, Hyundai was the first automaker to offer the Android Auto smartphone integration system.

The automaker is also the first in the industry to offer a lifetime battery replacement guarantee on its hybrid vehicles. A common concern to new hybrid buyer is the cost of a battery replacement, but Hyundai ensures those buyers don’t need to worry.