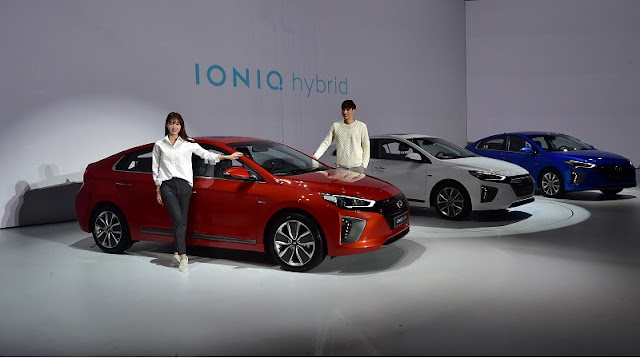 Hyundai Motors Europe has appointed Vice Media to handle the September launch of the Ioniq, its new hybrid and electric car, with a campaign that will shun print advertising.

The South Korean automaker's global in-house agency, Innocean Worldwide – which created three Super Bowl spots for the brand this year – will play a supporting role in the Ioniq's European launch, working on implementation and distribution. Vice has been briefed to come up with the creative content, including video, social media and digital out-of-home. 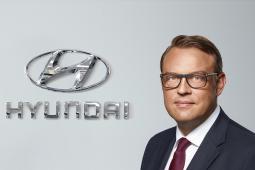 Razorfish, which has worked with Hyundai for the last three years, will work on mobile, website and digital delivery, and social media strategy, while media buying will be through long-standing partner Havas.

Hyundai Motor Europe's VP marketing, Jochen Sengpiehl, was SVP marketing at Volkswagen in 2009 when the German automaker won Advertiser of the Year at the Cannes Lions International Festival of Creativity, and is a former business development director at BBDO.

He said, "Ioniq is a completely new proposition for us … so we decided to also bring in new talent and take a new approach, putting digital at the center of our communications and working with Vice for the first time. The electric hybrid is all about a mindset, not an age group, so it's a difficult audience to reach. It's for people who want to do something good, live in a sustainable way and also save money. You cannot make a traditional media plan for 'Generation Ioniq'."

Given the tricky profile of his target audience, Mr. Sengpiehl asked his contacts at Google and Facebook who they would recommend for the Ioniq launch, and they both pointed him towards Vice. "The line between media companies and agencies has become liquid: successful communication requires the best talents regardless of labels," he said. "Vice can think out of the box and bring ideas alive. Their core business is fundamentally important for the future: identifying and reaching target audiences and influencers."

The Ioniq will be available as a fully electric car, as a traditional gasoline hybrid, or with a combination of gasoline engine and electric plug-in. It is Hyundai's first hybrid or electric model in Europe, and represents a bid to make low-emission to zero-emission driving affordable.

Hyundai is aiming to become the number one Asian car brand in Europe, where it has doubled its market share to 3.4% in the last ten years. In the first quarter of 2016, European sales rose to a record 127,000 vehicles.

Mr. Sengpiehl, who joined Hyundai in November 2014, said, "We are a young, lean company. Everything we do needs to be efficient. We are never the leader but we are a fast follower, using our own approach to drive the technology forward. We want to democratize electric mobility – the Ioniq will be an ambassador and a game-changer."

Hyundai's European agency line-up means that Mr. Sengpiehl is spending a lot of time guiding his agencies, but he added, "It's inefficient to have huge agency networks … It's better to ask networks to build a tailor-made network [for a client], to build a house of content. In five years there will be a whole new landscape in the agency world – there will be an explosion of spin-offs. Why should major global brands not make direct deals with Facebook and YouTube? It's about quality of content rather than savings."

Asked whether Hyundai has been affected by the fallout from the VW emissions scandal, Mr. Sengpiehl said that Hyundai does not have defeat devices [which cheat emissions tests], and stated his conviction that the future will be about electric and petrol, rather than diesel.

"With the focus on 'Dieselgate,' this is the perfect time to introduce people to a new idea," he said. "The hybrid may become a smarter solution than a diesel car."

Hyundai Motors spent $1.9 billion on advertising globally in 2014, and is number 39 in the top 100 global marketers ranking, according to the Ad Age Datacenter. The company also counts arts sponsorship as a core pillar of its marketing strategy. The automaker has sponsorship deals with the Tate Gallery in Britain, the Los Angeles County Museum of Art, the Van Gogh museum in Amsterdam, and the National Museum of Korea, all of which have been signed for a period of ten years or more.

Mr. Sengpiehl said, "You might not expect a value-for-money brand to have such deep engagement with the arts, but it's a great platform. Design is a strong communications point and it's the number one reason people choose Hyundai in Europe. We are democratizing premium design, and we want to do the same with art."

Hyundai Motor Group (including subsidiary Kia) is world's fifth-biggest by sales, after Toyota, VW, General Motors, and Renault-Nissan, according to IHS Global Insight. The South Korean automaker sold 8.1 million cars in 2015, with China, where it sold a million cars last year, as its biggest market. In the U.S., Hyundai has a 4.4% market share and sold 700,000 cars last year.