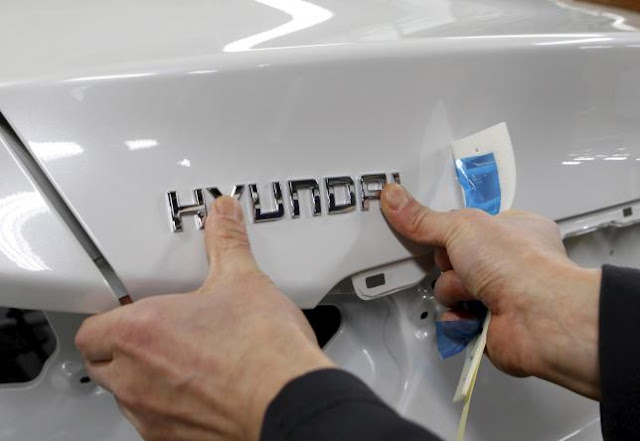 Hyundai issued a statement saying Sangyup Lee will start work next month as its head of design, after Reuters reported the hiring of the Korean designer by the South Korean auto giant.

Lee is being brought in to work with Luc Donckerwolke, a Peruvian-born Belgian, to lead Hyundai's development of its Genesis premium car brand - a project driven by Chung Euisun, heir-apparent to the Hyundai Group.

"Lee will help...enhance the design competitiveness of both the Hyundai and Genesis brands with his abundant experience in designing high-end luxury vehicles," Hyundai said in its statement.

"His challenging and innovative design languages fit well with the DNA of Hyundai Motor."

Hyundai Motor, which sells some 8 million cars a year, sees limited growth unless it breaks into new markets, a person close to the automaker told Reuters. For the South Korean firm, that means premium cars and maybe pick-up trucks and parts of Southeast Asia.

Lee said he has joined Hyundai Motor as a vice president in charge of Hyundai and Genesis design, reporting to Donckerwolke, who will head up Hyundai's new Prestige Design Division, as well as being global head of Hyundai design - a reporting arrangement that Hyundai also confirmed on Monday.

Bentley spokesman Andrew Roberts confirmed Lee "has resigned from Bentley to take a position at another brand."

Lee, 46, ran Bentley's exterior design since 2012 having previously worked at Volkswagen (VOWG_p.DE) group's design center in California, and General Motors (GM.N). He played a lead role in designing the Chevrolet Corvette, Stingray and Camaro - which featured in the "Transformers" movies - and Bentley's Bentayga SUV.

"Because of these technologies, the car industry is about to hit a crossroads. The future is truly open," he said. "It's difficult to say if all the prestigious brands today will still be around in 10-20 years."

Lee, who says he was first approached by Hyundai two years ago, said he and Donckerwolke plan to design Genesis cars from a "clean sheet of paper".

"For decades, luxury brands such as Bentley, Aston Martin and Maserati have been about possession," he said. "In the future, as disruptive technologies kick in, luxury is going to be about experience. People are going to look for a special experience rather than something special to own."

As "mobility on demand" - the once futuristic concept of calling up a robot-car by smartphone - takes hold, Hyundai predicts many households in the United States, its biggest market, will no longer own two, or three cars, but spend more on one car, said the person close to the company.

"That means upscale cars," he said, adding "profitability-wise, the luxury segment is much better, too."

That fits with Chung's aspiration to not just drive the Genesis brand but elevate the Hyundai name to an elite global corporate league alongside the likes of BMW (BMWG.DE), Boeing (BA.N) and Apple (AAPL.O).

Chung was involved with hiring both Donckerwolke and Lee, as well as Manfred Fitzgerald, former brand and design director at Lamborghini who was named earlier this year as head of Genesis, said another person with knowledge of the matter.