Hyundai Scoops Five Awards At 2015 AA Car Of The Year 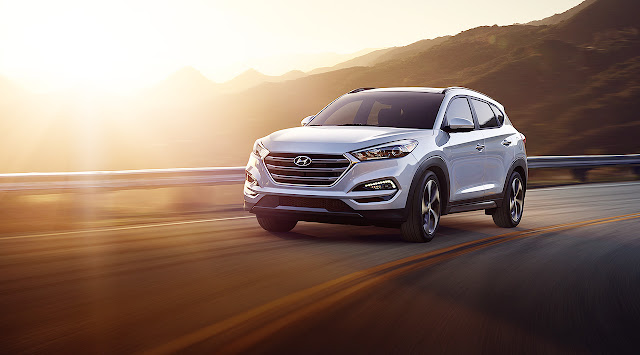 The new Hyundai Tucson has won the coveted People’s Choice trophy at the AA Car of the Year Awards gala event held in December 2015, as part of a dominant sweep of category awards by the brand.

He says all five awards are a humbling but fitting accolade for the brand, while winning the People’s Choice award just months after launch is a “fantastic” endorsement of the Tucson and of Hyundai’s relationship with its family of owners.

Almost 35,000 people voted in the People’s Choice category, where Tucson faced stiff opposition from the nine other COTY contenders, all with their own particular strengths and unique features.

“To win against some worthy rival offerings from a wide range of brands is a testament to the desirability of the new Tucson, which is fast on its way to becoming the vehicle of choice in New Zealand’s white-hot medium SUV segment,” Mr Sinclair said.

The latest accolade for the Hyundai Santa Fe builds on its win in the large SUV category in 2014 and comes as New Zealand’s most popular large SUV receives a model year refresh intended to help it maintain top spot in the coming year.

The 2016 Hyundai Santa Fe was named the Full-size Crossover Utility Vehicle of Texas by the Texas Auto Writers Association (TAWA) during its 23rd Annual Texas Truck Rodeo at the Knibbe Ranch in Spring Branch near San Antonio.

During the 2015 Texas Truck Rodeo, more than 70 TAWA members evaluated some of the industry’s leading trucks, SUVs and crossover utilities.

In order to put each vehicle through its paces, the famed Knibbe Ranch in Spring Branch, Texas served as the event’s proving grounds.