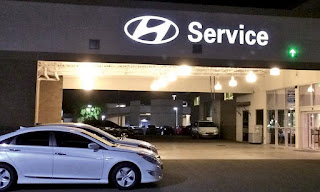 For years, Hyundai Motor America and its dealers tracked the satisfaction level of service department customers with a survey containing as many as 40 questions -- some of them multipart.

The data was aggregated on Hyundai's internal dealer website, where looking into individual problems or reading verbatim comments required a service manager to drill down into the results. Follow-up mechanisms were clunky. Worst of all, the system wasn't able to tell whether or when service staff followed up with customers who reported a bad experience.


Deitz: "Our desire is to stop chasing the number and focus on the experience."
To get a better grip on service satisfaction, Hyundai is rolling out a three-prong approach, including a customer retention survey due by early next month.

The new process started in late 2014, when the company began asking customers within two days of picking up their serviced vehicle for a brief review like those on Amazon and Yelp. The e-survey, managed by SureCritic Inc., takes less than a minute to complete and can be done on a smartphone, tablet or computer, Deitz says.

The review is private -- shared only with Hyundai and the store -- but the customer has the option to make it public. The dealership may respond in the same forum.

Part two of the plan was launched in March, when the company introduced the streamlined 16-question Hyundai Service Experience Survey. A week after their visit, it is mailed to 35 to 40 percent of repair and maintenance customers -- a sample size Deitz says is statistically sufficient.

The two processes are "good at diagnosing where the problem lies," Deitz says. "And now we have a robust way of capturing dealer follow-up."

Coming by early June is a third component: a customer retention survey. A "lapsed customer" -- one who doesn't bring in the vehicle for routine maintenance within a year -- is no longer relegated to a once-yearly mass mailing from Hyundai. Instead, as soon as the system notes the lapse, it emails that individual with questions aimed at understanding why the business was lost.

The multiple-choice questionnaire asks in detail why the person hasn't returned, where the service was done instead and what it would take to get the customer to return to the dealership. The survey also inquires whether the customer intends to buy another Hyundai eventually and whether it would be at that dealership.

The timely report about an individual customer, rather than a group, "will give us an opportunity to reach out and try to get you back," Deitz says. Sometimes, all it takes is a coupon, a free car wash or a persuasive explanation of dealer-exclusive services such as software updates, he adds.

The retention survey also highlights problems that might be fixed before more customers are alienated. And the service manager knows not to waste time chasing customers who sold their vehicles or moved away.