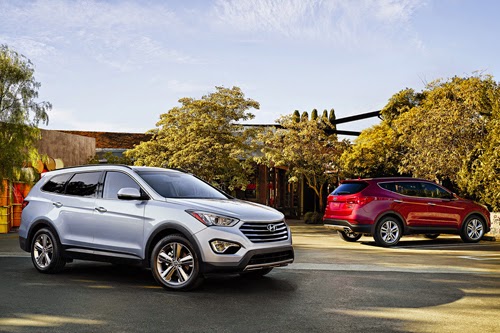 Price change: Zero to $600 higher depending on model

On sale: Since late October

One reason to buy a new 2015 Hyundai Santa Fe or Santa Fe Sport is to get a new hands-free power liftgate. Unlike Ford's, which requires a kicking motion under the rear bumper, Hyundai's opens automatically when someone with a proximity smart key comes within a few feet of the rear bumper. Sounds good, but it comes at a hefty price.

It is standard on turbocharged Sport 2.0T models (which start at $32,125 including destination) and part of the $3,500 2.4L Tech Package on Sport models with the 2.4-liter engine. To get the Tech Package you also have to buy the $1,350 Popular Equipment package and the $3,300 Premium Equipment Package for a grand total of $8,150. On three-row Santa Fe models, the automatic liftgate is standard on the Limited and part of the $3,750 GLS Premium Package.

Among other changes for 2015, Hyundai says it has retuned the electric power steering and suspension for a firmer feel, and the Sport wears a new grille. Powertrains are unchanged. Sport models have a choice of a 2.4-liter or turbocharged 2.0-liter four-cylinder, and the Santa Fe comes with a 3.3-liter V-6. All models have a six-speed automatic transmission and a choice of front- or all-wheel drive.

Prices are unchanged on the Sport 2.4L models and $600 higher on the 2.0T models. Prices are up $250 across the board on the three-row Santa Fe.

Hyundai ranks at or near the front of the crowded crossover SUV market with the Santa Fe Sport, the two-row/five-passenger version, and the larger three-row Santa Fe, which seats seven in the GLS or six in the Limited. The Santa Fe won our $40,000 SUV Challenge, and the Sport impresses with its style and performance.

That's good stuff, but Hyundai has moved upscale in content and price, so it no longer sticks out as a bargain. Costs climbs quickly as you add option packages. Most Santa Fe and Santa Fe Sport SUVs in Cars.com's national inventory are 2014 models, so shoppers will likely have a decent variety if they're looking for a bargain. Because there are so few changes the 2014 should be the better bet.