LAS VEGAS, Nov. 4, 2014 – Hyundai has once again teamed up with some of the biggest names in the automotive tuning community for SEMA 2014. This year, Hyundai focuses on the performance and tuning capabilities of its newest models, the 2015 Genesis and 2015 Sonata. Also featured in this year’s roster is the most-powerful four-cylinder 2014 Genesis Coupe ever built, and a rally-inspired Hyundai Veloster Turbo wrapped in a custom, Hyundai Quaker State livery. Hyundai will be showcasing these creations at its SEMA display in Central Hall (booth #24387) at the Las Vegas Convention Center, Nov. 4-7, 2014.
The lineup of Hyundai vehicles includes:
·         ARK Performance AR550 Genesis Sedan
·         Bisimoto Engineering Sonata
·         Blood Type Racing Genesis Coupe
·         JP Edition Sonata
·         Toca Signature Edition Genesis Sedan
“Every year we invite some of the biggest names in the aftermarket tuning community to build some of the most exciting vehicles at SEMA,” said Mike O’Brien, vice president, Product and Corporate Planning, Hyundai Motor America. “We wanted this year’s builders to develop performance and luxury in tandem, and from what you see from our lineup of vehicles, they have exceeded our goals on every measure.”
ARK Performance AR550 Genesis 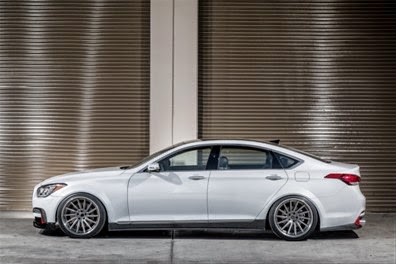 Hyundai teamed up with ARK Performance to create an ultra-luxurious, performance equipped 2015 Genesis Sedan that is capable of going head-to-head with competition like Mercedes-Benz AMG and BMW M. To build an executive sedan capable of going head-to-head with the world’s best competition, ARK fused supercharged power with head-turning styling. To give the vehicle the performance credentials it needs to compete with the best in the business, ARK focused on the power, handling, and most importantly the sound of the Hyundai power plant. They also integrated their high-performance racing technology to introduce a very unique and bold Hyundai vehicle.
Bisimoto Engineering Sonata 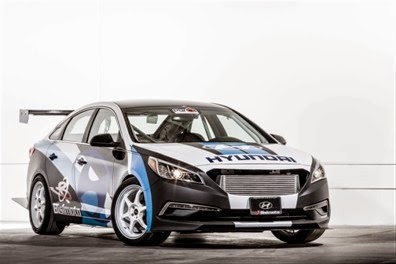 For a third year in a row, Hyundai teamed up with powertrain gurus, Bisimoto Engineering, to create the most-powerful, front-wheel drive Sonata in history. To the tune of 708 horsepower, Bisimoto Engineering re-built Hyundai’s 2.4-liter “Theta-II” four cylinder engine from the ground up. As always, Bisi Ezerioha, owner and chief engineer of Bisimoto Engineering developed reliability in tandem with the car’s face-rearranging power. Complementing the extensive overhaul under the hood, Bisimoto wrapped its 2015 Sonata in custom laminated body wrap and graphics.
Blood Type Racing Genesis Coupe 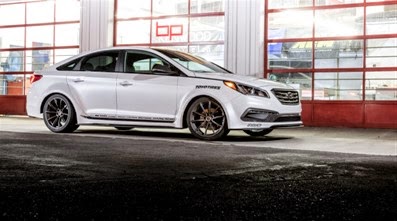