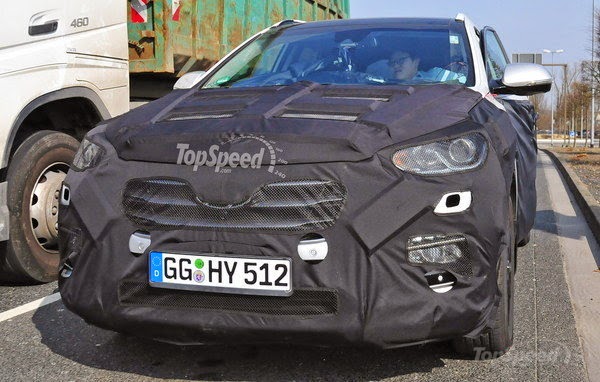 Though Hyundai just redesigned it in 2013, it appears as if the Santa Fe will nevertheless undergo a mild refresh as we head into the 2016 model year. Here to confirm this are some photographs from our spy photographers.


The Hyundai Santa Fe debuted in 2001 as the brand’s first SUV in the U.S. In 2007, the model underwent its first redesign, giving the Korean automaker a true rival to some of the bigger-name SUVs on the market. The model’s second redesign came in 2013, and in 2016, it will get a light refresh to help it match up with other models in Hyundai’s lineup.

The shots from our spy photographers actually reveal more about the 2016 Santa Fe’s interior than exterior, but the recent revisions to various Hyundai models hint at the new Santa Fe’s details.

Will this revision to Santa Fe help boost this already well-selling SUV in the 2016 model year, or will buyers start growing tired of the overall appearance of the model? 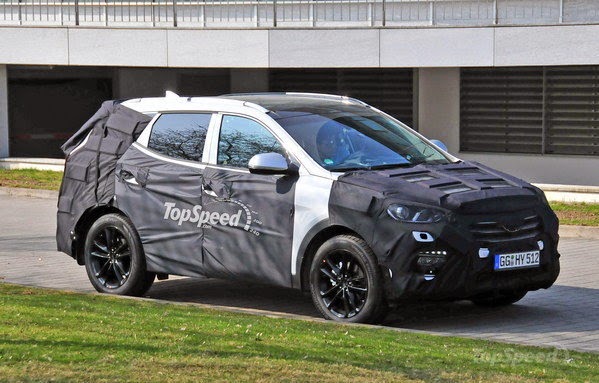 Like all of the other recent refreshes from Hyundai, look for only minor tweaks with the 2016 Santa Fe. These should include a bolder grille with a chrome surround and horizontal slats, redesigned bumpers, updated fog lights, and new taillight graphics.

Other than that, I expect the 2016 Santa Fe to carry over unchanged from the 2015 model. 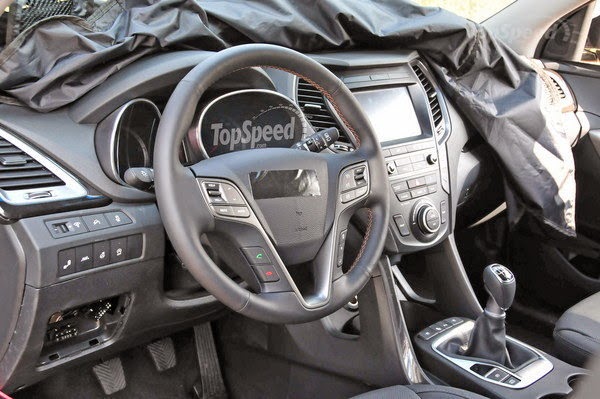 The cabin will remain relatively unchanged from the 2015 model, but there will be a few minor updates here and there. From our spy shots of the interior, I notice repositioned buttons beneath the LCD screen and a slightly different gear shifter setup.

There have been no major complaints regarding the cabin of the 2015 model, other than its lack of a rear-seat entertainment option and its limited cargo space. The entertainment system may show up as an option in the new model, but the cargo room will likely remain limited to around 80 cubic feet.

In 2015, the Santa Fe draws its power from a 3.3-liter V-6 engine that produces 290 horsepower and 252 pound-feet of torque. This engine should continue into 2016, but it may see a mild uptick in power and fuel economy. There is also an outside chance that Hyundai will include a thriftier turbocharged four-cylinder powerplant for those looking for a few extra mpg.

The six-speed automatic transmission will likely carry, but if Hyundai decides to go with a more fuel-efficient turbocharged four-cylinder, look for it to mate this engine to the EcoShift dual-clutch transmission to push the fuel economy even further.