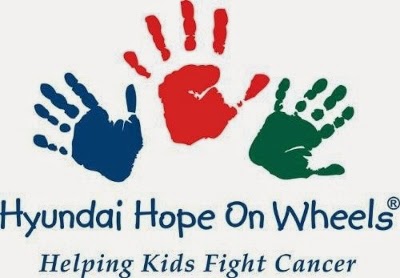 Fiona will serve as a Hyundai Hope On Wheels Celebrity Hope Ambassador. This honorary position is given to influencers willing to help bring awareness to this importance cause. Fiona is involved in launch event activities, will participate in social media dialogue, and meet with pediatric cancer survivors in the New York City area.

Best known for her breakout Grammy-nominated single, "It Kills Me," Melanie has won two Grammys (2012) for Best Traditional R&B Performance and Best R&B Song for "Fool For You" with Cee-Lo Green. Additionally, Melanie has graced the national TV stage with performances on The Tonight Show With Jay Leno, Jimmy Kimmel Live!, Late Night with Jimmy Fallon and Live! With Kelly and Michael. She can also be seen in an episode of the BET series, "Real Husbands of Hollywood." Fiona's sophomore album, The MF Life, hit #1 on the Billboard Hip Hop & R&B Chart and earned rave reviews from music critics. As the ambassador, Fiona will leverage this incredible presence to create awareness for pediatric cancer.

"Melanie Fiona embodies what the Hyundai Hope On Wheels organization looks for in an ambassador," said Zafar Brooks, Executive Director, Hyundai Hope On Wheels. "Her captivating voice and robust presence adds another element as we continue to increase awareness for the program. We congratulate Melanie on her participation in this year's momentous launch and thank her for lending a hand to this significant cause."

"As a performer it's imperative to give a voice to worthy causes, and I'm honored to help the issue of childhood cancer be heard at this year's Hyundai Hope on Wheels kick-off event," shared Melanie Fiona. "It's remarkable that in its 17th year of fighting the battle against childhood cancer, Hope on Wheels shows no sign of slowing when it comes to finding a cure through groundbreaking research. We can all agree, one child fighting cancer is one child too many."

Last year's "Just One Wish" campaign will continue as the Hyundai Hope On Wheels 2015 theme and focus on the organization's mission to end childhood cancer. The campaign connects thousands of families affected by the disease via social media. Visitors to the Hyundai Hope On Wheels website and social media channels join the effort by posting their own message of hope using hashtag #EndChildhoodCancer. The goal of the Just One Wish campaign is to show the collective wish of a cure for pediatric cancer.