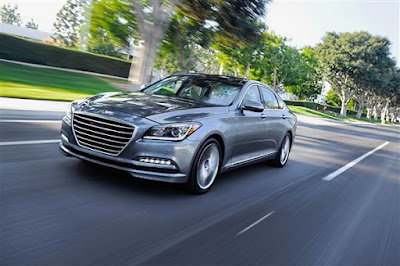 Long-dominant Japanese automakers like Toyota and Honda got a splash of cold water in June when J.D. Power and Associates announced that their Korean competitors, Kia and Hyundai, dominated the latest Initial Quality Study - which measures defects and other problems with cars during their first three months on the road.

It wasn't all that long ago that Korean carmakers lagged at the back of the quality charts, content to sell basic economy models to buyers struggling to make their monthly payments. But these days, the Koreans have not only punched up their quality and reliability but have moved steadily upmarket. The Kia K900 and Hyundai Equus, for example, go head-to-head with large premium models such as the Lexus LS and Mercedes-Benz S-Class.

Power's IQS is just the latest in a series of recent studies showing a rapid improvement in Hyundai quality, something that has "really elevated us" in the eyes of consumers," says Dave Zuchowski, the CEO of Hyundai Motor America. And it validates the shift in strategy both Hyundai and Kia took when they realized "unless you can compete on quality you can't compete in this market."

Hyundai signaled that shift a decade ago when it launched what it called "America's best warranty." But Zuchowski says it was more than just a marketing ploy. Covering a vehicle for 10 years -- double the warranty of some competitors -- "would have bankrupted us…if we didn't fix our quality."

The maker targeted the traditional, mechanical problems such as faulty transmissions, electrical gremlins and wind noise. But it also decided to focus on making new technologies, such as voice-controlled navigation, easier to use. That was a smart move. According to J.D. Power's research, problems using new technology has become today's single biggest complaint for new car buyers overall.

"The trophy case for Korean brands is impressive," says David Sullivan, a senior analyst with the research and product analysis firm AutoPacific, Inc. And it is something he says potential buyers frequently cite when they explain why they have bought a Hyundai or Kia. That said, there are still plenty of skeptics, Sullivan adds, cautioning "It's going to take time to change peoples' minds."

The Korean quality push came about the same time Hyundai and sibling Kia decided to address several other issues. When Hyundai, the bigger of the two brands, first came to the U.S. market in February 1985, it put an emphasis on what industry insiders euphemistically call "cheap and cheerful" products like the little Excel. But in recent years, the maker has been moving steadily up-market.

Hyundai added the midsize Sonata and then dipped its toe in the U.S. luxury market with the first-generation Genesis in 2008. The first-generation sedan was an unexpected hit, even being named North American Car of the Year in 2009 by a jury of 50 U.S. and Canadian journalists. Hyundai has since followed with the even bigger and more lavish Equus, while Kia now offers the K900 - both targeting some of the toughest competitors in the market, including the Mercedes-Benz S-Class and BMW 7-Series.

Another critical step was putting an emphasis on styling, moving away from the me-too designs that were routinely lost in the crowd, says analyst Sullivan.

More from The Detroit Bureau: 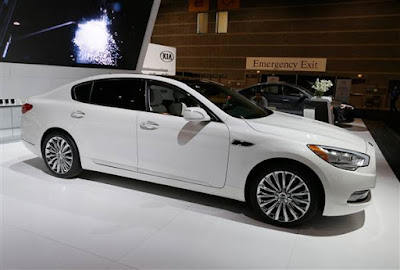 In a hiring coup, Kia lured away Audi chief stylist Peter Schreyer in 2006. Repeatedly honored as one of the world's most influential designers - last year being honored with a Lifetime Achievement Award at the Detroit Auto Show -- Schreyer is now serving as co-president and chief designer for both Kia and Hyundai.

Korean cars "need to be…recognized at first sight," Schreyer declared. His work has made the Kia Optima and the Hyundai Sonata two of the visual standouts in the critical midsize sedan market. Even Toyota was forced to respond with a rare, mid-lifecycle redesign of its mainstay Camry for 2015.

Curiously, Hyundai seemed to retreat a bit when it launched a much more conservative update of the Sonata last year. Zuchowski promises that the Korean carmaker will fix that when it tweaks the sedan's design next year.

Despite that misstep, the Korean carmakers have made few real mistakes in recent years, something readily apparent as it climbs the global sales charts. Together, the siblings now comprise the globe's fifth-largest automaker, and they actually leapfrogged both General Motors and the Renault-Nissan Alliance to land in third place in April, according to industry data compiled by tracking service Focus2Move.

If anything, Hyundai-Kia are running into a production wall that has limited their growth - especially in the key U.S. market -- over the last couple years. Kia recently announced plans for a second North American plant it will build in Mexico. Hyundai will soon detail plans for a second plant in the U.S.

The two makers certainly could use the added production. Hyundai is hoping to double sales of its compact Tucson crossover with the launch of the 2016 remake. And it is looking at adding still more SUV models, as well as a production version of the Santa Cruz pickup concept it revealed at the Detroit Auto Show last January.

"This is a growth segment (and) we want a piece of it," said Zuchowski, adding, "There is a very high probability we get the approval of the (Santa Cruz) truck soon."

Meanwhile, the two makers are looking at still more options in the luxury market, though the Hyundai CEO says high-line vehicles will likely serve primarily as so-called "halo cars," generating no more than 10 percent of the Koreans' total sales.

Industry insiders suggest that the aggressive push by Korean carmakers into a position of global leadership is no surprise. It echoes the drive of the country's technology giants, such as Samsung, which has challenged long-dominant Japanese competitors like Sony and Panasonic. Beating the Japanese is a key motivator for Korean carmakers, as well, says Joe Phillippi, a former Wall Street analyst who now heads AutoTrends Consulting.

But where the Koreans originally tried to gain traction by offering stripped-down econoboxes, they've come to realize they have to learn from the Japanese handbook. And that means more products and better products.

And quality is critical; in today's car market, it's the price of entry. As the Power study suggests, the Koreans have studied the playbook well and are intent on writing a chapter of their own.