Hyundai Motor Co. is counting on a redesigned Tucson compact sport-utility vehicle to get its growth back on track. A new version that is longer, wider and lower, goes on sale this month.

Through June, Tucson U.S. sales fell 7 percent to 22,634 as the brand’s deliveries rose 1.8 percent to 371,150, slower than the market, according to Autodata Corp. Hyundai sells 80 percent sedans and the market is 56 percent trucks and crossovers, said Dave Zuchowski, chief executive officer of Hyundai’s U.S. business.

“It’s been very difficult for us to maintain our growth curve when we’re swimming upstream,” he told reporters Friday in Superior Township, Michigan, where the automaker has a technical center. “Our stagnation has been primarily an inability to compete in the truck side.” 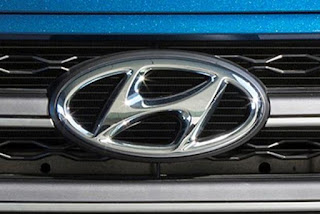 Hyundai needs this new Tucson. The brand has mostly missed out on a surge in profitable demand for pricey pickups and SUVs. The Seoul-based automaker and its affiliate Kia Motors Corp. don’t sell a pickup. Hyundai’s only SUVs are the Tucson and the larger Santa Fe.

“Hyundai and Kia don’t have the kind of product that the market is demanding right now,” said Michelle Krebs, a senior analyst at AutoTrader.com. “In cars, they have several top-five sellers but they don’t have that dominant, front-of-the-pack position on their sport utilities. Redoing the Tucson is a step in that direction, but they really need a stronger presence in that segment.”

Relatively low gasoline prices and interest rates are helping sales of SUVs and pickups, which favor the Detroit Three automakers. The average vehicle sold for $33,340 last month, up 2.5 percent from a year earlier, according to automotive researcher Kelley Blue Book.

“It’s a tough crowd and they made their mark with cars but they have to get the consumer to think of them for sport utes too,” Krebs said, adding that Volkswagen is the only volume brand that sells a lower percentage of light trucks in the U.S.

Hyundai’s vehicles are well-received, said Kevin Tynan, an auto analyst at Bloomberg Intelligence. The brand placed fourth last month in an influential survey of quality in the first 90 days of ownership. Porsche was the top brand in the J.D. Power & Associates annual survey, followed by Kia, Jaguar and Hyundai. The outgoing Tucson won the small SUV category.

“The good news is the reputation is good,” he said. “Now it’s just a matter of getting the right product in the showroom.”