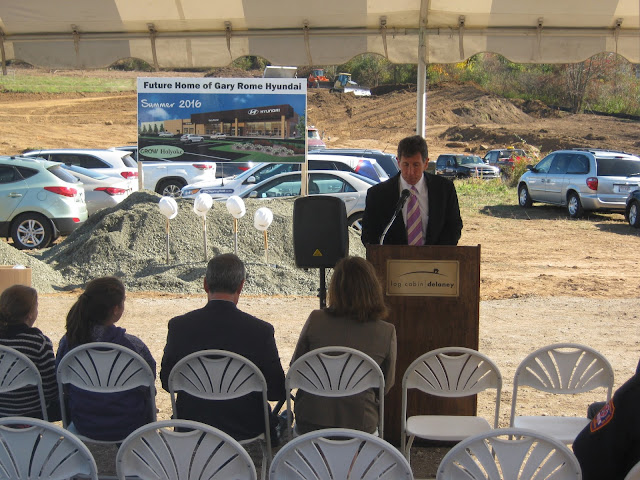 With gas prices dipping below the  $2.00 a gallon benchmark and customers looking to upgrade their automotive technology, car dealers are revving up for a banner year in 2016.

"2015 was an excellent, excellent year", said Edward S. O'Grady, sales manager for Central Chevrolet in West Springfield, pointing out that the dealership was up 23% in sales over 2014. He projects that because of the Chevrolet products and new options on the vehicles that 2016 will be "even bigger than 2015"

Several Chevrolet models have been redesigned including the 2016 Cruze, Volt, Silverado, Malibu, and Camaro. Body styles have been refreshed, new safety devices added (like lane departure warnings and lane-catering technology) and "infotainment" upgraded to allow increased hands-free cell phone use.

An OnStar remote link cell phone app allows users to unlock, lock and remotely start their vehicle from wherever they are. This feature is "even more refined now and more common," O'Grady said.

Gary Rome, president and CEO of Gary Rome Auto Group, is looking forward to 2016 being the "biggest and most robust year we've had in the past 20 years" because of a "pent-up demand" with people looking for new models that are greener and more fuel efficient.

Popular models are CUVs, small sport utility vehicles. The Hyundai Tucson and the Kia Sportage are "very, very hot", Rome said, explaining that many vehicle buyers like the utility vehicles because the "ride like a car" but have more room and get good gas mileage.

To work with the latest communications technology, vehicles have a larger display screen to work with Apple or Android devices, the smaller screens of which can be viewed on the larger car screen.

"Car manufacturers have to come up with the next best thing to convince people to buy their cars," said Rome, who sold his first car when he was 16. He sees more hybrids, more electric hybrids and more "trendy, dynamic stylish models" in the offing, "not as many plain, vanilla cars."

Dana A. Calderone, marketing assistant for Lia Auto Group, which includes 18 dealerships in Massachusetts, CT and NY said vehicles are now "techy," with certain models equipped with features that allow the cars to parallel  park or give a swivel back-up view. "A lot of people want to make their lives easier, especially if they are not good at backing up," she said. Such features "make it easier for them to get around in those vehicles."

Last year was a "very good year" and included the opening of a Nissan dealership in Glens Falls, New York, and 2016 looks good for Lia, Caldrone said, with many new models like the Nissan Titan XD and Honda's new Pilot and Civic models.

"You're going to see more customers drawn to dealerships that can provide them with an atmosphere that is convenient and compliant with their needs," Rome said, giving as example not only loaner cars but facilities that offer customers a place to get work done or a quiet space, food and amenities to make their stay at the dealership more comfortable and even shuttles to shopping malls. "People are busy, and their time is important to them," he said.

Source: The Republican, Powering Masslive.com
Posted by Hyundai Dealer at 8:00 AM