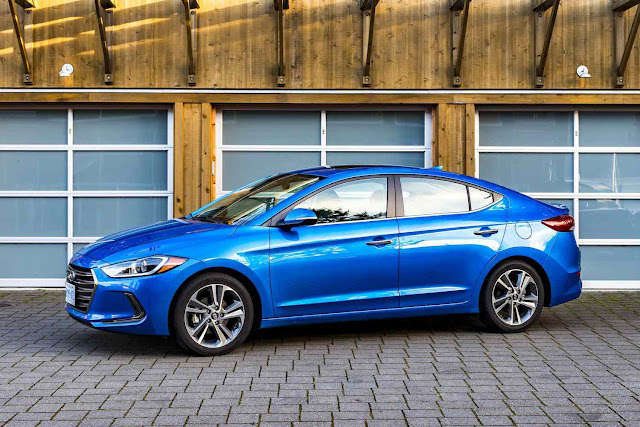 Victoria, BC – “How do you double the value of a Hyundai? Fill the tank.”

“Why are Hyundai owner’s manuals so thick? Because they include a bus schedule.”

This wasn’t just some sot at some open-mike night, either; this was Don Romano, president of Hyundai Auto Canada, cracking one-liners courtesy Jay Leno for the first, and for the second, Romano’s daughter, “who is now unemployed and looking for bus tickets.” 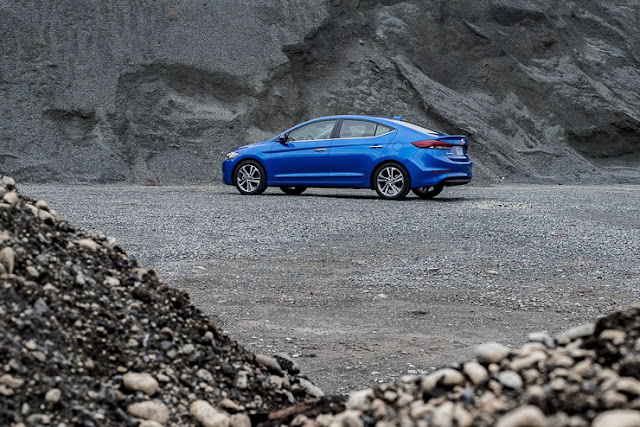 It was Romano’s way of illustrating that despite some impressive new product, despite racking up a cabinetful of quality and reliability awards, what Hyundai still must do is build consumers’ trust, in its quality, in its safety and in its value.

So, expect to see a new look for Hyundai dealers, with the first two now open in British Columbia and Quebec City, that feature glass walls and a coppery exterior exoskeleton, almost brutalist in its scale and heft, designed to break away from the typical curtainwall look of other brands’ dealers.

Expect to see ads touting safety features and standard equipment and don’t be surprised to see more ads — Canadian produced all — featuring the alleged competition breaking into Hyundai facilities in a bid to divine Hyundai’s ways.

The first of the new product ads will no doubt be about today’s subject, the 2017 Hyundai Elantra.

And what Eric Marshall, product manager for Hyundai Canada, wanted to talk about first was what he called the car’s superstructure. Which is a fancy way to refer to the car’s unibody construction, but it also denotes a few new tricks up its sleeve, not the least of which is the design of various components.

Typical unibody construction will include what carmakers call crush boxes, or square, tapered tubes that run from the front of the car to the firewall, and are designed to crush on impact, absorbing crash energy and hopefully directing it away from the cabin and occupants. These crush boxes are often attached to the firewall, just below the level of the bottom of the windshield.

Which is all well and good except this intersection can act as a break, reducing the amount of energy that gets transferred up and down the A-pillars and into the roof and side sill members. What Hyundai has done is stamped the A-pillar and side frame pieces to take the crush boxes in line with the A-pillar, eliminating that break. Its own crash-testing suggests minimal cabin intrusion, and much less than competitors. If confirmed by impartial agencies such as the U.S. Insurance Institute for Highway Safety or National Highway Transportation Safety Administration, it should result in high safety scores.

Also important for Hyundai is it owns its own steel mills, and is able to control steel production from mining the ore to welding it into cars.

“What that means,” said Chad Heard, Hyundai Canada spokesman, “is that instead of having to adapt designs around the available steel, we can adapt the steel to meet our design goals.”

Coupled with increased use of industrial adhesive to augment welds, it all translates not just into something you hope never to need, it also translates into a very quiet, very stable platform with a high level of ride, handling and noise-reduction.

Our route took us through downtown Victoria and onto the local highways, all designed, ostensibly, to demonstrate how its new body structure reduces exterior noise. It did. It might be the quietest, non-luxury compact today.

As well, the handling was superb, even if it did come with a fair degree of numb steering thanks to the electric power-assist system. The steering was precise, you just didn’t feel much feedback from the front tires.

The engine is an all-new 2.0-litre Atkinson-cycle four-cylinder, delivering an estimated 147 horsepower and 132 pound-feet of torque. It’s adequate if not overly exciting. It is mated to a six-speed automatic transmission with three drive modes, eco, normal and sport. Sport is the most fun, but it also locks out sixth gear. 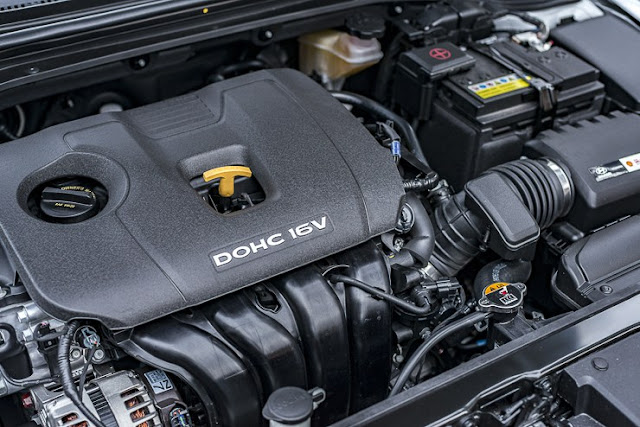 The level of equipment on the Elantra, even at lower trim levels, is very competitive. All cars get heated seats, even the $15,999 base model. On the GL model, two steps up the trim-level ladder, you even get a heated steering wheel.

That base model, however, could easily be called a Quebec special: in no other province are as many cars sold with a manual transmission and no air-conditioning. That stick, by the way, is a six-speed, as well. If you want a manual transmission but also don’t want to roast in summer, sorry, you’re out of luck.

Pricing for the other trim levels has not been announced, but with cars hitting the showrooms now, such an announcement cannot be far behind.

There were a few areas where the Elantra disappointed, somewhat. The interior is very attractive, but the padding on the typical elbow rest areas (armrest, door armrest) needs to be a bit thicker and a bit softer. I worry that will get old really quickly on long drives.

We were hit with an unusual deluge of rain, and even on the fastest setting, the wipers weren’t as fast as most other cars’.

Those issues aside, other aspects were appreciated: the trunk is fully lined, and the trunk lid has a pull-down handle inside, so you can close the trunk without soiling your hands if the outside is messy. As well, some yestertech that is greatly appreciated is the plethora of actual knobs, buttons and switches on the dash. Staying away from touch-everything is wise: the navigation system does require using the touchscreen, but most features you need you activate with an actual control. Nice.