Hyundai Motor Group to hire over 10,000 workers this year 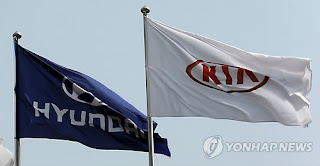 “There will be more recruits this year than last year,” a company official said on condition of anonymity. “The details for each affiliate have yet to be confirmed, but the overall number could exceed 10,000.”

This is in line with the group’s mid- and long-term employment strategy.

Hyundai Motor Group -- the nation’s second-largest conglomerate -- has laid out plans to employ a total of 60,000 new workers by 2020. Among them, 36,000 will be added by 2018. They include interns and non-regular workers, sources said.

Hyundai Motor, the largest employer among around 50 affiliates belonging to Hyundai Motor Group, will start its recruitment process in March, followed by other affiliates, the sources said.

The government has also been urging big companies to hire more.

According to official data, the jobless rate for those aged 15-29 hit an all-time high of 9.2 percent in 2015, which surpassed the headline unemployment rate of 3.6 percent.