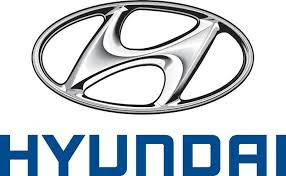 Buoyed by strong response to its Creta, Korean auto major Hyundai is targeting small SUV segment in India and is working on a concept HND-14.

The sub-four metre concept, which will make it eligible for reduced excise duty rate, will be the entry level model for Hyundai to complete its range in the SUV segment.

"Like Russia and China, SUVs are the right products for India. We will have a concept HND-14 at the Auto Expo. This sub-four metre product is meant for India but will not come immediately," Hyundai Motor India Managing Director and CEO Young Key Koo told PTI.

He said the HND-14 will be positioned below Creta and complete the SUV line up of the company with Tucson, which will be unveiled tomorrow. Tucson is to be slotted above the Creta.

Stating that currently the HND-14 project is at a study stage, Koo did not share a timeline for market launch of the small SUV.

The product is meant for the Indian market but could also be exported just like the Creta. It could have a 1 litre turbo engine.

HMIL Senior Vice-President Sales and Marketing Rakesh Srivastava said Indian engineers will have a much bigger role in the development of the new product.

He said with HND-14, Hyundai's family of SUVs will have five products, including Santa Fe, Tucson, Creta, and Active i20.

Bullish on the growth of SUV segment in India, Koo said the HND-14 will play a strong role in Hyundai's overall growth in India.

"There is a waiting period for three months on the Creta, which is not good for customers. So, we will be increasing the production of the model to 10,000 units a month from June from the current 7,000 units," he said.

Terming India as the fastest growing market where all auto makers can exploit the potential, Koo said the company is aiming to sell five lakh units in the domestic market in 2016, the company's 20th anniversary.

"It will be the first time we will be crossing half million mark since our inception," he said.

When asked if HMIL would be looking to set up a new manufacturing plant, he replied in the negative, stating that the company has enough capacity for the next three years which can be stretched to 7.2 lakh units annually from 6.8 lakh units at present.

"We would however be looking to maintain leadership in this segment," Srivastava said.

HMIL, which currently accounts for 13 per cent of the overall global sales of its parent, is looking for 10,000 unit sales of its three 'power brands' -- Grand i10, i20 and Creta.