The 2017 Hyundai Elantra is here to save your wallet 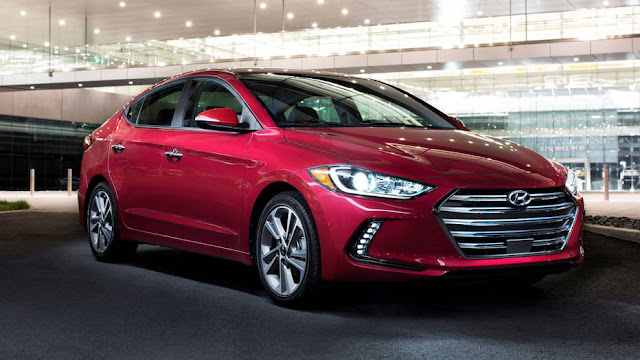 The 2017 Hyundai Elantra made its case on Tuesday for being one of the best cheap rides on the market. The new Elantra will start at just $17,985, including destination. That’s 100 bucks less than last year. It arrives in dealerships this month, and you can already build one with the online configurator.

Starting with the sheet metal, the main hexagonal grille traces a line to the rest of the Hyundai fleet, while the new daytime running lights are all LED. The regular headlights now feature a bending effect, which helps the driver see around curves at night. The body sides feature two character lines that rise toward the rear, while 17-inch wheels are available to complete the look. Overall length and width are also up.

The Elantra gets two new powertrains for 2017. The base SE and Limited trim get a 2.0-liter Atkinson four making 147 hp and 132 lb-ft of torque. The new engine comes with intermediate valve cam phasing that reduces loss, a new electronically controlled thermostat and piston-cooling jets. Hyundai says the engine returns 29 mpg city, 38 highway, with the six-speed automatic. A six-speed manual is standard.

The second powertrain is a 1.4-liter turbo-four making 128 hp and 156 lb-ft of torque. This direct-injected four comes out in the spring and is mated to a seven-speed dual-clutch automated manual. Hyundai says this package returns 35 mpg combined.

To stiffen the Elantra, Hyundai says the chassis is now reinforced with 53 percent high-strength steel, compared to 21 percent on the previous model. That leads to 29.5 percent stiffer torsional rigidity and 25.3 percent greater bending strength. Hyundai also added more structural adhesive, all in an effort to get top safety ratings from the IIHS and NHTSA. The company’s Blue Link system, which works like OnStar, is offered in three grades: Connected Care, which is complimentary for one year; Remote Package, which comes with stolen vehicle recovery, car finder apps, geo fence and more; and the Guidance package, which is offered on navigation-equipped cars and comes with Google Earth.

Posted by Hyundai Dealer at 3:00 PM