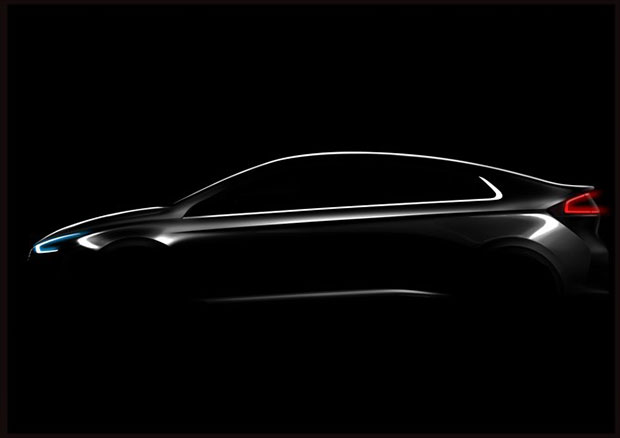 Details are beginning to emerge regarding Hyundai's plans for a new dedicated plug-in hybrid and electric vehicle. The so-called Ioniq was announced late last year as the first nameplate to offer a choice of hybrid, plug-in hybrid and battery electric powertrains. The conventional hybrid variant is slated for release this fall, with the remaining electric options expected to arrive as early as the end of 2016.

Hyundai said it plans to offer 22 green cars by 2020—including a dozen hybrids, six plug-in hybrids and two pure electric vehicles. Three of them will be badged as Ioniq.

According to a report by AutoCar, Hyundai estimates the Ioniq EV will offer a driving range of about 155 miles. The Ioniq plug-in hybrid is expected to have an all-electric range of 32 miles. Pricing and other key metrics are still unknown. Hyundai is claiming the conventional hybrid version of the Ioniq will be both the best-driving and most efficient no-plug gas-electric model.

The Ioniq EV’s 155-mile range would beat the 2016 Nissan LEAF by nearly 50 miles. It won’t match the Chevy Bolt’s 200-mile range, but the Ioniq will be a compact—compared to the smaller Bolt subcompact. The plug-in hybrid variant of the Ioniq, with 32 miles of all-electric range, will lag behind the Chevy Volt’s 53 miles. With pricing not yet announced, it’s too early to know how the two plug-in hybrid models will stack up on value.

The Ioniq will not be available in conventional gas-only form. Packaging three electric-powertrain versions into a single nameplate reveals the increasing importance of platforms that can accommodate all types of battery-based powertrains. By developing the three Ioniq models—hybrid, plug-in hybrid and EV—for the same vehicle, Hyundai will likely save hundreds of millions of dollars. Moreover, the Ioniq will join the Prius, LEAF and Volt as green-oriented models that are clearly distinguished from other models offered by full-line mainstream automakers.

Whether or not the Ioniq brand will be a success—especially in a time of low gas prices—remains to be seen. Production numbers are a key question (revealing if Hyundai wants to be a legitimate player in the plug-in market or if its plug-in models are mostly designed to comply with government mandates). From what we know so far, in terms of all-electric range and overall fuel economy, it appears that Ioniq will earn some consideration from eco-conscious consumers.