Luxury Sedan on a Budget: The All-New Hyundai Elantra 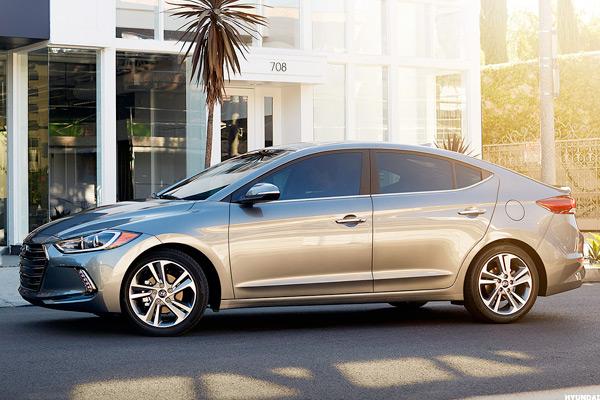 To get a premium sedan with the latest tech features, you used to have to pay anywhere from $40,000 to $75,000 or more. It was often a German brand with elevated service, repair and insurance costs.

Let me give you just one example: It was only two and a half years ago that I drove a couple of Mercedes cars, priced from $63,000 to more than $100,000, that steered themselves on the highway. You could let go of the steering wheel, and the car would steer itself for up to 10 seconds before you had to grab the wheel again.

Now, I don't consider this feature to be particularly useful except as a party trick, but it was revolutionary at the time. Now this feature has arrived in a fully loaded 2017 Hyundai Elantra, which has a manufacturer's suggested retail price of only $27,585. As best as I can tell, this is tens of thousands of dollars less than any other car with this feature.

Actually, let me give you a second example: It was as little as three years ago that I was amazed over headlights that turn in the direction of the steering wheel, which is helpful on narrow winding roads and when you're simply turning. Yes, I know, they were already on the Tucker more than half a century ago, but they re-appeared on expensive cars such as a $60,000-plus Mercedes E-Class only recently.

Well, now they're available on that Hyundai Elantra with a MSRP of only $27,585.

I could go on and on.

Clearly the Hyundai Elantra is no Mercedes C-, E- or S-Class sedan in terms of overall luxury and heft. However, you would be surprised at how Hyundai has narrowed what was previously an impossibly wide gap.

The old Hyundai Elantra was not a bad-looking car, but nobody would have mistaken it for a luxury ride. In contrast, when you approach the new 2017 Elantra from the front, it looks like a much more expensive car, with a close resemblance to the $39,000-$55,000 Hyundai Genesis, which in turn is competitive with even more expensive German cars.