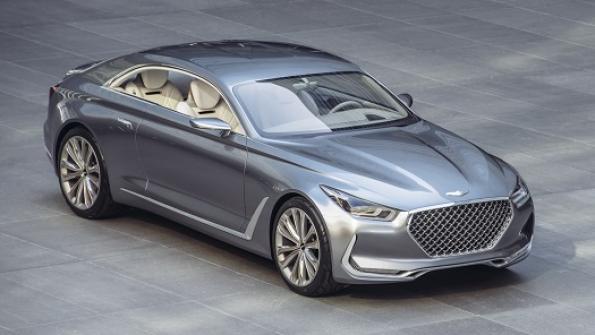 LOS ANGELES – Like it already has been doing with the Equus large luxury sedan, Hyundai will be selective about which of its 834 U.S. dealers will carry the six new models under the forthcoming Genesis luxury brand.

“As we bring all this new product out, it will not go to all dealers,” Dave Zuchowski, Hyundai Motor America CEO, tells WardsAuto following Hyundai’s press conference at the auto show here.

Hyundai earlier this month announced the establishment of the Genesis premium brand, launching next year with the next-generation Equus, which is being renamed G90. The brand is slated for five more models beyond that, including three in segments new to Hyundai.

Right now only 411 of the 834 U.S. Hyundai dealers carry the Equus sedan, and in the future dealers wishing to carry the Genesis brand will have to meet similar standards as those currently selling Equus do.

That includes more intense training for staff, additional investment to provide a “showroom-within-a-showroom” visual separation for the brand and valet- and concierge-service capability.
However, there’s no word whether those now selling the Equus automatically qualify to carry the new Genesis lineup, or whether further requirements will have to be met.

No doubt quelling Hyundai dealer fears, Zuchowski says the automaker will not force those who want to carry the Genesis brand to build separate showrooms.

“We think the channel itself will evolve organically,” he says. “We don’t see us forcing dealers (to build) separate facilities. We want the products to come out, the products to be well-received, the products to generate good volume, good margin, and the dealers to come to us and say, ‘Boy, I think I’ve got so much potential here I don’t think I can manage all these nameplates on one showroom. I’d like to expand.’”

Contrary to some earlier reports, Zuchowski says all the Genesis-brand utility vehicles will be car-based, with no body-on-frame model planned.

And while the luxury sector is seeing success with smaller vehicles, Hyundai right now has no plan, or won’t discuss it if it does, for a compact luxury car or CUV.

“We do have in our plans more of an entry-level sedan coming, that would be BMW 3-Series-type size, and maybe derivatives off of that with crossovers and stuff, (so) it’s not all larger vehicles,” the U.S. CEO says.

The 3-Series is considered a midsize sedan, while the 1-Series is BMW’s compact car.
Zuchowski uses the press conference for the redesigned ’16 Elantra compact sedan to say all Genesis-brand models will have dedicated platforms and powertrains.

However, he also is quick to point out the automaker will not ignore its bread-and-butter Hyundai brand, saying it must “focus on and protect” its core consumers.

The ’16 Elantra is one of 10 new or refreshed Hyundais planned to roll out over the next 36 months in the U.S.

Further details of the new Genesis brand will be provided at January’s 2016 North American International Auto Show in Detroit.