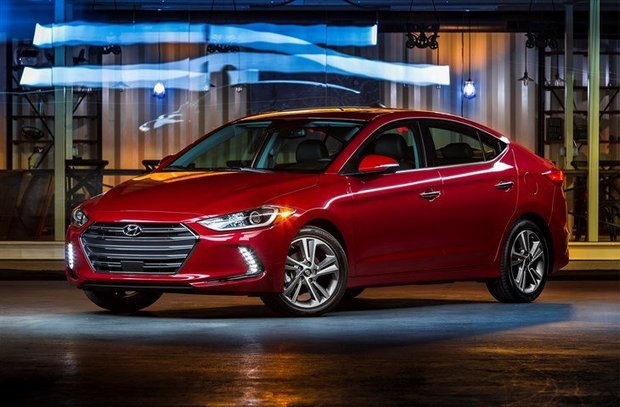 Hyundai has revealed the latest redesign of its Alabama-made Elantra compact sedan, a key model for the Korean automaker. The new Elantra, which was unveiled Wednesday at the Los Angeles Auto Show, features a slate of upgrades from the current model. This marks the sixth generation for the Elantra, which is Hyundai's best-selling model worldwide. Over the past 25 years, the company has sold more than 10 million Elantras around the globe, including more than 2 million in the U.S.
The Elantra is "an important pillar" for the Hyundai brand, Peter Schreyer, president and chief design officer for Hyundai Motor Group, said during the car's debut at the auto show. "For 25 years already, the Elantra has been a key measure of our progress," he said. "As our biggest success worldwide, Elantra is truly the heart of the Hyundai brand." The new Elantra is longer and wider than the current model, for an overall sportier character, Schreyer said.

On the outside, it features a hexagonal grille, slimmer headlights and vertical LED daytime running lights, while the inside is roomier with more premium touches.

Under the hood, there's a new standard four-cylinder engine that delivers up to 147 horsepower and 132 pound-feet of torque. The city/highway fuel economy is expected at 29/38 miles per gallon, Hyundai says. There's also a turbocharged engine option.

The updated car is also lighter than the current Elantra, and its frame is 53 percent advanced high-strength steel, more than double what it is now. Hyundai's Montgomery factory began building the Elantra five years ago, with the launch of the previous generation.

The plant also produces the Sonata midsize sedan, another top seller for Hyundai. Alabama workers are expected to launch mass production of the new Elantra in mid-December, said Robert Burns, a company spokesman in Montgomery. Hyundai also produces the Elantra in Korea. It will go on sale early next year. Pricing has not been announced.