Hyundai Fights Through The Challenges To Bloom Genesis Brand 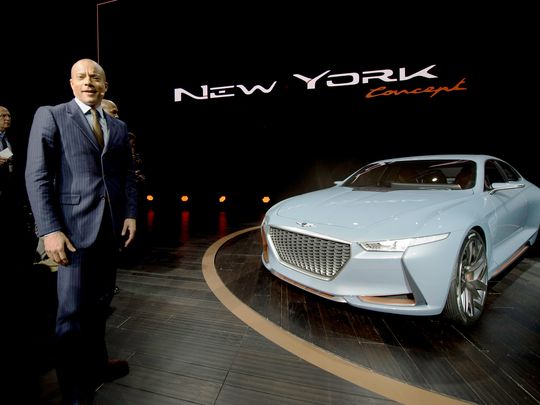 While Hyundai’s U.S. dealers would prefer more of the trucks American buyers gobble up, the decision to launch a luxury brand “is based on the overall global agenda of the parent company in Korea,” IHS Automotive senior analyst Stephanie Brinley said.

Based on the Genesis sport sedan – which will be renamed G80 when the new brand adopts the car’s name – the vehicles should be excellent. The Genesis sedan improved vastly from its first to second generation. It’s likely the same will be true for the bigger G90 sedan that replaces the quixotic and slow-selling Equus this year. Sales of the two cars begin this summer.

Genesis aims to have a six-vehicle lineup in the United States by 2021, brand general manager Erwin Raphael said. In addition to the G90 large sedan and G80 midsize, a compact G70 sport sedan, a sports car and two crossover SUVs are coming.

The decision to launch Genesis with a pair of sedans flies in the face of the luxury sales trend to more SUV sales, but Brinley said a big luxury sedan sends an important message to luxury buyers: 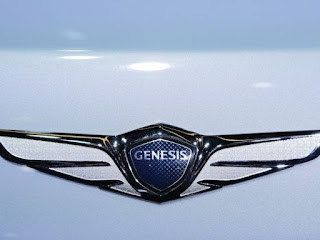 “SUVs are popular, but a good flagship sedan is a purer expression of what a luxury brand stands for.”

In addition to the G90 and upcoming G80, Genesis has shown a pair of concept cars. The Concept G last year and New York auto show concept in March.

“Hyundai’s made a major commitment. They’re serious about this,” said Eric Noble, president of the Carlab, an Orange, CA, product development consultant. “They’ve developed a dedicated platform to underpin a new family of luxury vehicles. Based on the concepts, the cars will have an athletic stance and a fast windshield.

“They’re clearly aiming at the German manufacturers, and they’re pulling out all the stops.”

Genesis will focus on a handful of key attributes to establish its identity, Raphael said.

•Expertise in steel and other materials to create striking shapes and very rigid structures that deliver rewarding handling and comfort.

•Interior look and feel, particularly through the use of high-end materials.

The sales and service experience will be key, but Raphael won’t talk about it beyond saying, “We want our customers to feel engaged every minute they spend with us.” Genesis will roll out its plan for the look and feel of its corner of Hyundai dealerships this spring.

Hyundai’s plan to sell Genesis from the same dealerships as the mainstream Hyundai brand runs counter to other luxury brands, which have their own dealerships and showrooms to coddle buyers.

“It’s not easy for a sales network to have one foot in the mainstream and one in the luxury market,” Noble said. “It’ll be hard to establish a separate identity for Genesis in the same building as Hyundai.”

From Toyota’s experiment with Scion to Ford and GM’s failed attempts to sell Merkur and Opel cars, respectively, in the same dealership as another brand, there’s scant history of success adding brands to existing showrooms.

“They’ll have to go above and beyond with the sales and service experience,” Krebs said.

Hyundai laid the groundwork for its luxury brand carefully. Management in Korea wanted to jump into the luxury market before the Great Recession, timing that would probably have doomed an expensive new brand. U.S executives and dealers persuaded the home office to test the waters with the Hyundai-badged Equus in 2010. Hyundai sold 2,332 Equus and 31,374 Genesis in 2015.

“The Genesis brand really needs to get those luxury SUVs on sale soon,” Krebs said, “but the company has to beef up the Hyundai brand’s SUV lineup too, and maybe add a pickup.”

With so much attention and talent devoted to Genesis, there’s a risk the bread and butter Hyundai brand – whose success paid for the move into the luxury market – could suffer.

Even if Genesis’s vehicles are outstanding, Hyundai Motor Co. will have its hands full.