Hyundai Signs On As Official Sponsor Of The Miami Dolphins 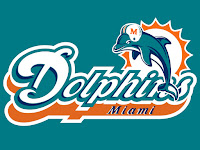 Coming off its most successful Super Bowl campaign ever in its first year as an official NFL sponsor, Hyundai continues to celebrate the passion NFL fans have for their favorite teams by signing a sponsorship deal with the Miami Dolphins. Expanding on four existing programs with NFL teams – the Arizona Cardinals, Houston Texans, Minnesota Vikings and Pittsburgh Steelers – the Miami Dolphins become the fifth team with Hyundai as an official sponsor.

For the 2016 season, Hyundai will have three vehicles on display at all Dolphins home games, and will have entitlement to the exclusive "Hyundai Club," a sleek, air-conditioned space designed by the Rockwell Group offering a perfect location for spending time with family and friends pregame, in-game and postgame at the team's stadium. Hyundai also will have digital LED signage running on all team-related announcements at the stadium.

"We are excited to partner with Hyundai on this multi-year agreement. Hyundai is a global brand investing in the growth of Miami and South Florida through the Miami Dolphins business and community initiatives," Miami Dolphins Senior Vice President & Chief Commercial Officer Todd Kline said. "Once renovations are complete, the Hyundai Club at the north sideline and additional new features within the stadium will continue to make our venue a global iconic destination poised to host Dolphins football, concerts and world class events."

"Hyundai's experiential marketing programs are created to tap into the localized passion that NFL fans share with their teams," said Trea Reedy, senior group manager, experiential marketing, Hyundai Motor America. "By creating a Hyundai-driven experience for fans as they watch their team compete at the highest level, we aim to engage in the local communities and drive awareness of Hyundai vehicles."