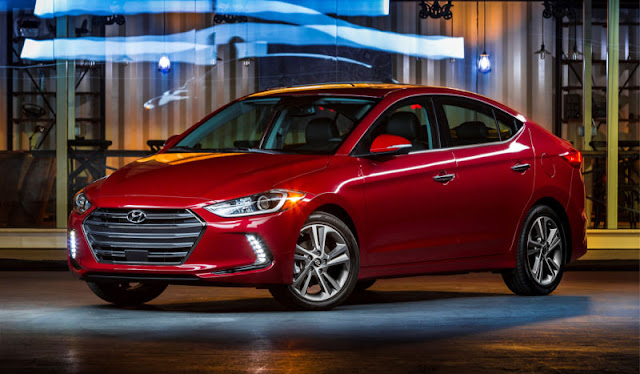 Once upon a time, when a carmaker introduced a new model, it bragged about its fuel economy, quiet ride, and rack-and-pinion steering. These days, it's more apt to lead with the entertainment system.

Technology plays a much bigger role in the automotive world, so Hyundai introduced its 2017 Elantra by singing the praises of its smartphone interface. The new Hyundai, which launches later this month, will feature Apple CarPlay and Android Auto capabilities.

Both smartphone integrations will be featured on the 2017 Elantra's seven-inch Display Audio touchscreen system with rearview camera and Hyundai's eight-inch touchscreen navigation system with voice texting, access to music stored on the phone and third-party audio apps.

"By launching our best-selling model, Elantra, with CarPlay and Android Auto support, we are building on our promise to offer more convenience features for today's modern driver at an affordable price point," Mike O'Brien, vice president of product and corporate planning, Hyundai Motor America, said in a release announcing the new model. "Also, the new smartphone integrations will help to keep drivers' eyes on the road and hands on the wheel, helping to reduce driver distraction."

Because CarPlay mimics the iPhone experience, Hyandai is betting that drivers will be less distracted because they will be familiar with the interface before they even slide behind the wheel.

The driver can make a call, get directions for the best route through traffic, listen to music, and access messages. Hyundai says Siri will provide an eyes-free experience by responding to requests through voice commands, set up through the steering wheel's voice button.

While it is no doubt safer than trying to send or receive a text while speeding down the highway, there have been studies that call into question the total safety of hands-free communications system in cars.

In October, we reported on a AAA study that said many voice-activated vehicle systems are more dangerous than previously thought.

It's true that these systems don't occupy your hands, but they do take mind-share, and researchers say that's where the problem lies. Potentially unsafe mental distractions can go on for as long as 27 seconds after dialing, changing music, or sending a text using voice commands, according to the research by conducted by the AAA Foundation for Traffic Safety.

The eight-inch navigation system will have a home screen that displays map and music information, no matter where the music is coming from. The Blue Link Guidance package comes with a three-month trial.

Other aspects of the car – fuel economy, safety features, and trim take a backseat to the technology, at least when it comes to marketing. At last check, auto sites like Edmunds.com had yet to review the vehicle. There are pictures, however.