Hyundai Ioniq will go on sale in 2016 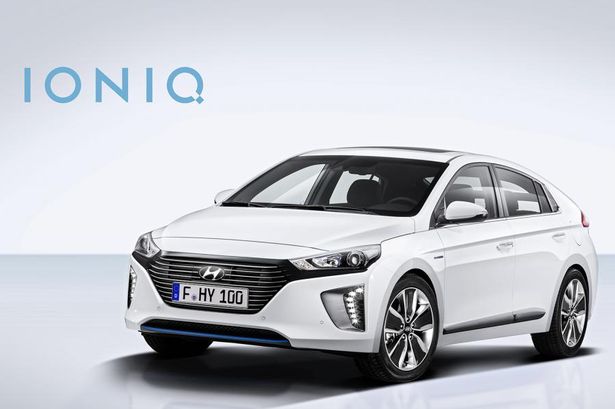 Hyundai is readying the Ioniq – a new low-emissions vehicle which will go on sale later this year.

This will initially be available as a hybrid, with a 146bhp system comprising a 1.6-litre petrol engine and single electric motor. Its standard six-speed dual-clutch gearbox has been optimized for what Hyundai says is class-leading efficiency.

Following this, the Ioniq will also become available in plug-in hybrid and 100% electric form, making it the first car on the market to offer such a wide range of LEV/ZEV options.

In Hyundai’s own words: ‘As the world’s first model to offer customers the choice of three powertrain options, the Ionic combines class-leading fuel efficiency with a fun, responsive drive and attractive design – a unique mix not yet achieved by a hybrid vehicle.’

Helping it deliver on those promises is an all-new lightweight chassis designed around a floor-mounted position for the battery pack – key to keeping an electric vehicle’s weight as low as possible. Its suspension set-up is tuned for agility, too, and its styling blends eye-catching looks with aerodynamics that feature active elements in the grille to make the car’s shape as efficient as the latest science will allow. 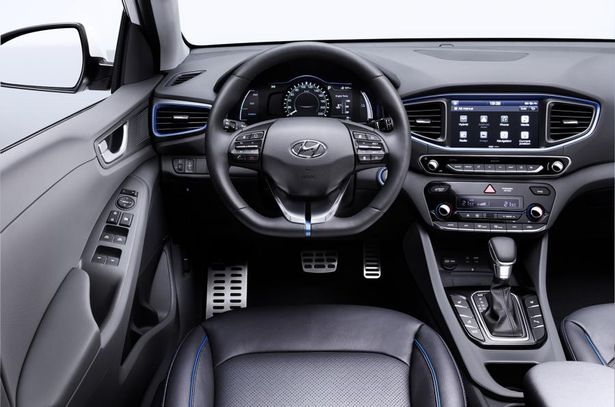 Even the cabin will be kind to the planet in the materials it uses. More important to people who’ll actually drive the thing is that it features a slick, minimalist design that’s executed with a pleasing level of quality. The treatments shown in the pictures released thus far suggest that it’s aiming to make a solidly premium impression.

Perhaps not surprisingly, it apes the latest Hyundai Tucson in much of this. Some of the switchgear looks exactly the same, as does the touch-interface for the vehicle’s infotainment systems.

Hyundai’s R&D boss Woong-Chul Yang describes the Ioniq as ‘the fruit of our efforts to become the leader in the global green car market.’

And the company doesn’t intend to stop there. According to UK boss Tony Whitehorn, the importance of Hyundai’s hybrid and EV offerings will only grow: ‘I see electric vehicles, hybrids and plug-in hybrids as a way of bridging the gap between the internal combustion engine and pure fuel cell technology.’

In the meantime, the Ioniq will make its European debut at Geneva in March.