Should You Reconsider Hyundai?


If it's been a while since you've shopped for a new car, you may think of Hyundai as a manufacturer primarily focused on making value-packed, budget-priced vehicles rather than offering the best cars you can buy. That's changed in recent years, as the automaker has grown its lineup, improved its quality, enhanced its technology and refined its styling. We think Hyundai has made so many changes it's worth reconsidering, and for proof, we've highlighted a few standouts from the brand's current lineup. 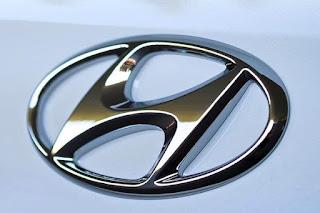 Although we've liked the Genesis Sedan since it came out for the 2009 model year, we really appreciate the latest model, which received a full redesign for 2015. Essentially a budget-priced alternative to BMW or Lexus, the Genesis trades virtually nothing from those models except the brand name. You'll have an impressive array of equipment -- options include a 17-speaker stereo, lane-keep assist, adaptive cruise control and a panoramic sunroof -- along with a standard 311-horsepower V6 or an optional 420-hp V8. Pricing is reasonable, too, as the V6-powered Genesis Sedan starts around $39,000 with shipping, while the V8 model is just above $52,000, both steep discounts compared to similar models from Mercedes, Audi and Lexus.

Although the Toyota Camry and Honda Accord have reigned supreme in the midsize sedan realm for many years, the Sonata offers an impressive challenger. We're especially impressed with the Sonata Sport 2.0T. While the outgoing Sonata (available from 2011 to 2014) was an excellent midsize sedan, the new model takes things up a notch, offering modern styling and a long list of improved technology, including some of today's latest safety features. There's also a new Eco model managing to eke out 28 miles per gallon in the city and 38 mpg on the highway without being a hybrid, though if you'd prefer a hybrid, the Sonata lineup offers one of those, too. If you're interested, expect pricing to start around $22,700 for a base-level Sonata or $27,000 for a base-level Sonata Hybrid, though you can easily find a well-equipped version of either sedan for $30,000 or less.

The Tucson has been fully redesigned for the 2016 model year, and it's now one of our favorite compact crossovers. There are many reasons why, from its handsome styling to its fuel-efficient powertrain offering excellent gas mileage figures up to 26 mpg city/33 mpg hwy. Then, there's the long list of features, from luxury options (an 8-inch touch screen, heated rear seats, LED headlights and a panoramic sunroof) to the latest in safety technology (lane-departure warning, forward-collision alert with automatic braking, rear cross-traffic alert and blind spot monitoring). Pricing is competitive, too, as the Tucson ranges from a base-level SE model for around $23,700 to a well-equipped Tucson Limited, which can be found in the low $30,000 range.

It's hard not to be impressed with Hyundai's growing lineup, as the brand continually transforms itself from an also-ran to a top competitor. There's yet another factor in the brand's favor: its excellent warranty, which offers five years or 60,000 miles of bumper-to-bumper coverage and 10 years or 100,000 miles of powertrain protection -- figures that remain unbeaten by any competitor.