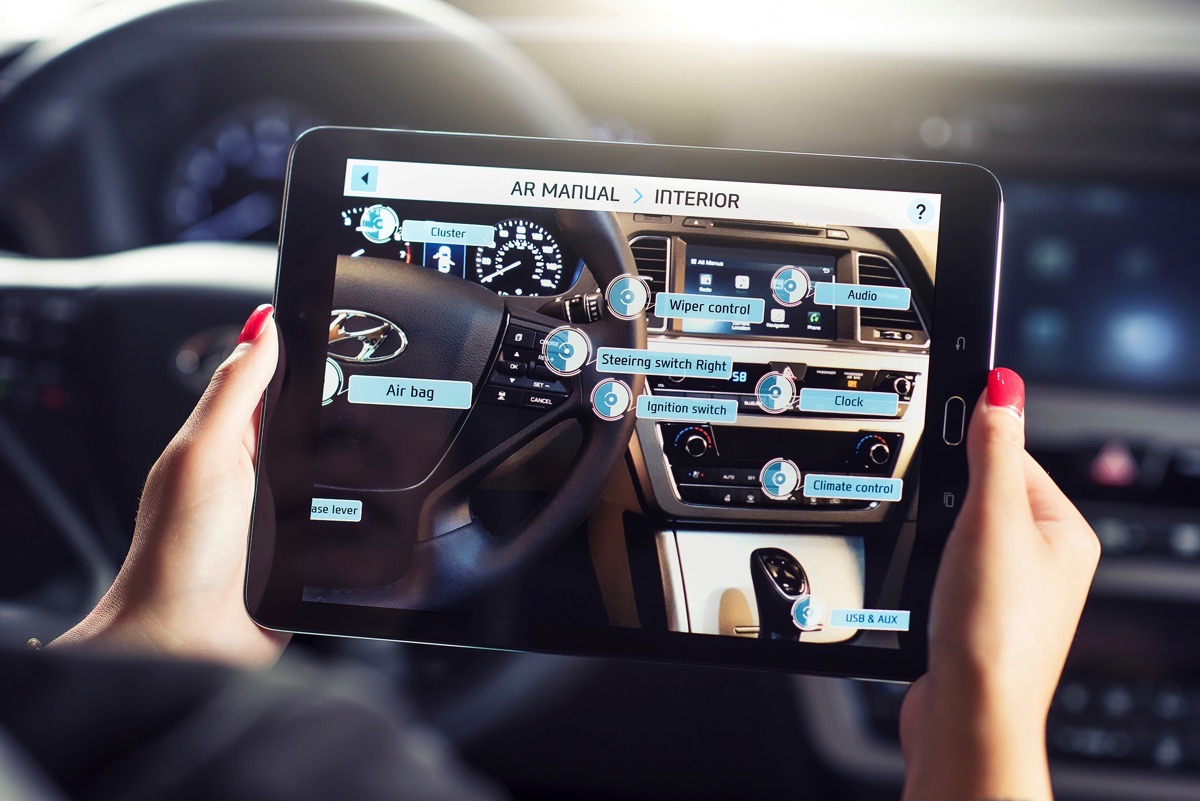 If you kept a look out for it, you could find a few examples of augmented reality on display at CES this year. There were concept cars with AR heads-up displays (JVC Kenwood and McLaren Automotive had a modified 675LT with such a system), but little of it was production-ready. That's not the case with Hyundai's new virtual owner's manual.

We first got a look at the augmented reality owner's manual at last year's LA Auto Show, but since Hyundai had a demonstration set up at CES this week, we thought we'd show you a closer look at it. It runs on a smartphone or tablet (both Android and iOS), and uses the in-built camera to recognize different components in the car (under the hood, in the trunk, and inside the cabin). It then overlays labels explaining what you're seeing, with tutorials you can use to show you how to check your oil and so on.

Sure, it's not as flashy as a full-windscreen HUD with GPS and point of interest overlays, but it is an extremely practical application of consumer technology that's designed to make life just that little bit easier for the people who use it. All too often, we see OEMs and tech companies throwing technology around just for the sake of doing so. But this is a relatively simple and elegant idea that makes a lot of sense. As such, I make no apologies for quite how excited I get in the video above—I really do think it's a stroke of genius.