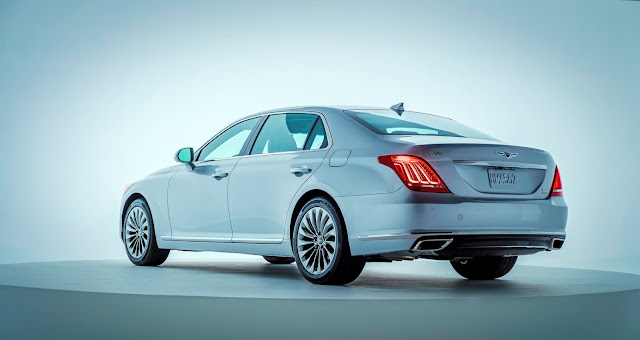 Genesis is a gamble for Hyundai.

It will be the first dedicated luxury brand to be launched by a major car company since 1989, when Nissan and Toyota launched Infiniti and Lexus, respectively.

However, Genesis will allow Hyundai to take advantage of the luxury market's higher profit margins.

According to Hyundai, the "G90 will compete at the top of the premium luxury car segment with world-class technological innovations and the highest levels of refinement, convenience and dynamic performance." 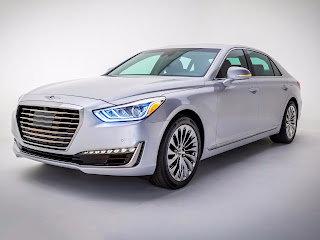 Which means when it arrives in showrooms, the G90 will assume its place atop the Genesis product hierarchy and replace the current Hyundai-badged Equus.

As a result, it will be poised to compete directly against the likes of the Mercedes-Benz S-Class, the Audi A8, the BMW 7-Series, and the Lexus LS.

For an upstart brand, that's a murderers' row of industry heavyweights to contend with.

In addition, Donckerwolke will work with Hyundai Motor Group president and chief designer Peter Schreyer — who joined Hyundai-Kia from VW Group a decade ago.

As for the G90 itself, it features the front-end design the company debuted in the current generation Hyundai Genesis. It's no coincidence that the Hyundai Genesis sedan will join the G90 in the brand's lineup as the Genesis G80.

Like its sister car, the Kia K900 and the Hyundai Equus it replaces, the G90 will be available with a 5.0-liter, 420-horsepower V8 engine. Business Insider had the opportunity to experience the engine last year in a K900 and found it to be smooth, quiet, and powerful.

The G90 will also be available with a 3.3-liter, twin-turbocharged V6 engine, which will produce an estimated 365 horsepower.

In an effort to address customer dissatisfaction over the Equus and K900's somewhat disengaged driving dynamics, Genesis has put the new G90 through its paces at is development center located at Germany's famed Nurburgring racetrack. 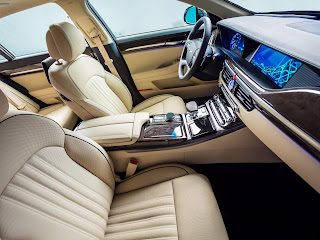 Inside, the G90 is plush as expected for a car of its stature. Fine leather, rich wood accents, and more screens than a Best Buy populate the G90's cabin.

In terms of in-car tech, the Genesis G90 will be equipped with a load of goodies, including lane-keep assist, smart cruise control, auto-braking, and 360-degree surround-view cameras.

Genesis has not announced official pricing for the G90, although the 2016 Hyundai Equus starts at $61,500.