7 reasons to buy a Hyundai i20 Coupe 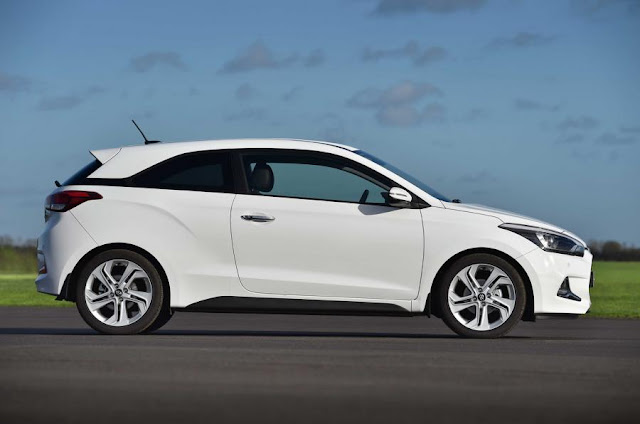 1. It’s not the same as the regular i20. It might say i20 on the tin, but the Coupe bit at the end of its name is a major giveaway as to the visual character of the car. The common-or-garden i20 is a great-looking supermini, but Hyundai’s design team has gone back to their collective drawing board and come up with a different car – which is, thankfully, also a looker.

2. And it’s aimed at younger drivers. Which is a clever move by Hyundai, as it continues to win over new customers to its cause. Of course, by younger, it doesn’t mean you have to be in the first flush: the young at heart, who like the idea of something sportier-looking, will also appreciate the i20 Coupe.

3. You want sporty? This is a rally car. OK, so it’s not exactly the car that Hyundai is competing in the World Rally Championship, but it’s related. Kinda.

4. It has a cool cabin, too. Hyundai has done a great job of upgrading the interior quality of its cars in the last few years, with the i20 Coupe maintaining that progress. Lots of soft-touch surfaces, a well-laid-out dashboard, solid-feeling switches and buttons, and some orange flashes make this a car you’re happy to spend time in.

5. And there’s lots of kit. Another thing that Hyundai is doing well at the moment is offering lots of value for money by filling its cars with lots of equipment, whatever the trim level. Even base-level SE models get alloys, cruise control, Bluetooth, rear parking sensors and host of features you wouldn’t expect on a £13K car.

7. Good to drive, too. Like the regular i20, the Coupe is fun to drive, with accurate steering, good body control and a comfortable ride – even in town.